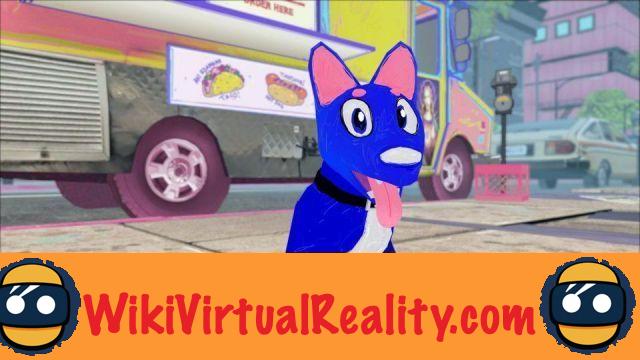 According to Armando Kirwin, renowned expert in the field of virtual and augmented reality, artificial intelligence is the key to strengthen interactivity and the social aspect VR experiences. In his eyes, virtual worlds must react to the user, in the same way as the real world. However, if some developers have already managed to create credible interactive environments, the characters who inhabit these universes must become more realistic thanks to AI.

In this month of October 2018, Google launches the video game ”Artie's Adventure” created by Armando Kirwin and TJ Fuller. It is a VR experience in which the characters are equipped with artificial intelligence, allowing the user to chat with them using their voice. To achieve this feat, the developers have created a technology based on Google Natural Language Recognition on which the Google Assistant is based, for example.

The object of the game is to help the little dog Artie find his way back to the beach in Santa Monica (Los Angeles). To achieve this, users must converse with the canine and with other characters they encounter as they progress. Rather than aiming for realism, the developers preferred focus on the emotional engagement delivered by the experience.

Like real humans, the characters in the game are able to ccommunicate using facial expressions and body language and react to the user's words. Developed with Unity and Google Cloud, this title marks a turning point for the convergence between virtual reality and artificial intelligence.

In the future, the creators of the game plan to develop other VR and AR experiences based on the same technology combining VR and AI. In fact, a company called “Artie” has been created, and job vacancies for various scientific and technical positions have been posted on its website. The firm plans to offer your engine to other developers to enhance the immersivity of their games.


The first chapter of Artie's Adventure is available now on the Google Play Store. The game is compatible with Google Daydream and Lenovo Mirage Solo VR headsets. Two more chapters will be launched two weeks apart.