Google Maps: augmented reality finally available, how to use it 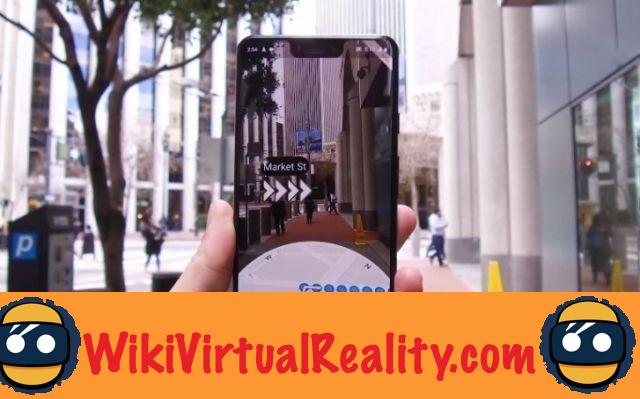 For several months, Google has been testing an augmented reality feature for its Google Maps navigation application. This new AR mode allows let yourself be guided to your destination by virtual arrows superimposed on the real environment of the user filmed by his smartphone.

So far, only a few users of Google Pixel smartphones and some high-level “Local Guides” have been able to test this option. Now this news Live View feature is available in beta version for all users of ARCore compatible Android smartphones and all ARKit compatible iPhones.

To activate it, nothing could be simpler. Search for a destination on Google Maps, then press the blue ”Directions” button at the bottom of the screen. Choose pedestrian mode. The “Live View” option then appears at the bottom of the screen. Press this button, and the app will teach you how to use this new tool. Note, however, that the feature is being deployed, and you may have to wait a bit to be able to use it.

Google Maps takes a step ahead of Apple Maps

This new tool will be particularly valuable for people who have already gone in the wrong direction using Google Maps. For good reason, the classic aerial view does not really allow you to know with certainty in which direction the journey begins. This is particularly related to the fact that the smartphone's compass can play tricks and get carried away, pointing the cursor in the wrong direction. With augmented reality, the problem is definitely solved.

Thanks to its new Live View mode, Google Maps takes another step ahead of Apple Maps. The Californian Apple is also planning to add augmented reality to its navigation application, especially for car journeys, but for the moment it has contented itself with patenting its idea ...

Dating Lessons VR: the first application to learn to flirt and seduce in virtual reality ❯

add a comment of Google Maps: augmented reality finally available, how to use it