GoPro: the firm is betting everything on 360 ° capture with its new camera 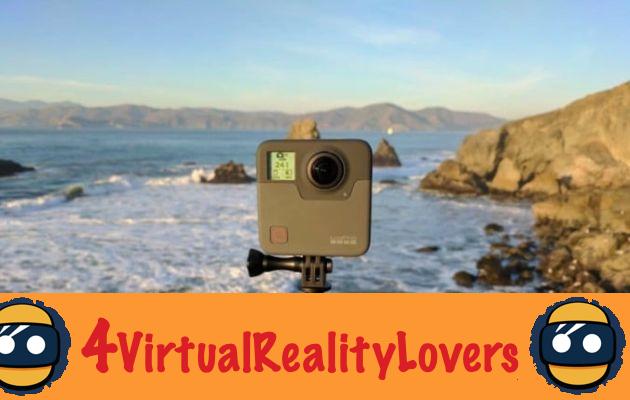 GoPro seems determined to catch up on the 360 ° camerasThis January 11, at the prestigious salon High Tech of Las Vegas, the firm announced the upcoming release of the GoPro Fusion 360 °. The camera should be marketed at a price of 749,99 euros. The Fusion 360 ° will be compatible with a new kind of application, the Mobile Overcapture. Powerful 360 ° video editing software for smartphones. 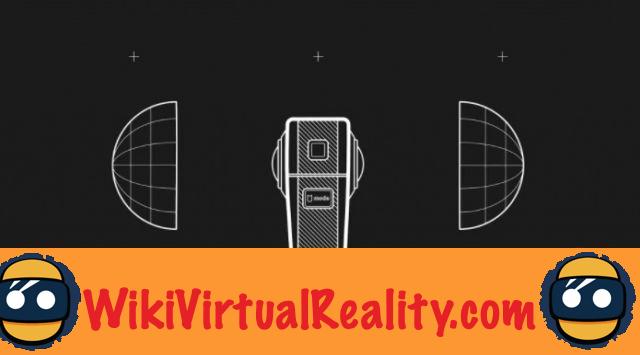 She films, as her name suggests all around her and in 5,2K. According to the feedback, the camera has a very powerful digital stabilization technology with, according to the company, a quality equivalent to the last generation of GoPro. The machine has two 180 ° opening angle sensors, for, according to the press release 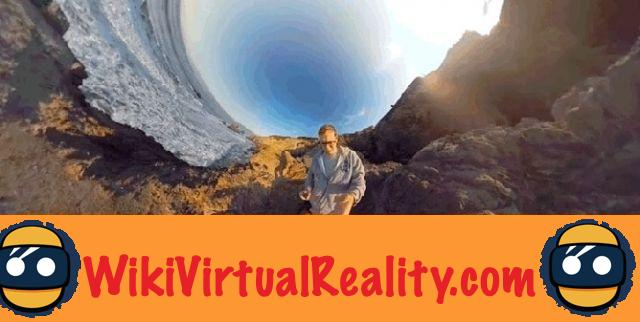 A second announcement surprised the public, that of the release a revolutionary new app depending on the firm, the production and editing of 360 ° video. Mobile Overcapture, available for the moment only on iOS, allows you to edit your videos directly on your smartphone.

Change the viewing angle of your video, crop frame, change zoom or focus… So many features that will delight professionals and amateurs of 360 ° videos. Accessible, everything is designed for easy use and sharing of the video, especially on social networks.


Update: Since the summer of 2018, several media have been able to test this product at length. All praise the image quality of this GoPro 360 degrees. The 5,2K sensor combined with a very robust stabilizer makes it easy to create superb VR movies. The various codecs supported as well as the many features of the Fusion Studio software make it one of the best 360 degree cameras on the market. Simply. On the other hand, it is necessary to do with an autonomy of only one hour. Likewise, two SD cards are required in order to stitch the films together. Finally, although powerful software requires a powerful computer. First sold for 749 euros, the camera is now at 435 euros.

The on-board camera had benefited from an update of its firmware last January. It can shoot in 5,6K / 24p to facilitate timelapse recordings. In addition, this version improves stabilization and management of sun exposure.

The GoPro 360 Fusion is now regularly on sale across the Atlantic. It can be purchased for around $ 300. In Europe, the price remains around 429 euros. Fnac is notably one of the brands that offers it at this price. Besides the taxes, buying it in the United States remains a good option, unless you fear the customs tax.

This price drop is easily explained. In May 2019, the firm mentioned the renewal of all its ranges for the fourth quarter of this year. This includes “its spherical camera” which will surely be named Fusion 2. It is hoped that the new version will improve storage management, have a smaller size and less power hungry software. However, GoPro could decide the development of its products at 360 degrees by presenting a totally different “IP”.


The GoPro Fusion 360 against its competitors

If the GoPro Fusion 360 is tempting, especially if you are going on a trip, its price may cool more than one. Launched in November 2018 at a price of 749,99 euros, the model ranked first among the most expensive consumer spherical cameras available on the market.

Since its release, the device can be obtained for much less online, up to 314 euros at some resellers. At this price, the model offers the best value for money in its class. So, if the Samsung Gear 360 is much more affordable, its images are limited to a resolution of 4K where the Fusion goes up to 5,2K. In addition, the stabilization technology on the GoPro Fusion is simply more effective. These facts can be attributed to the age of the model, the Samsung being released 1 year before the GoPro.

Conversely, the GoPro MAX does not offer many bonus features to justify its price several hundred euros higher than that of the GoPro Fusion 360. Ditto for the Insta360 ONE X which is bought at practically the same price as the Merger while offering less to the user. For example, the resolution is limited to FHD.

add a comment of GoPro: the firm is betting everything on 360 ° capture with its new camera