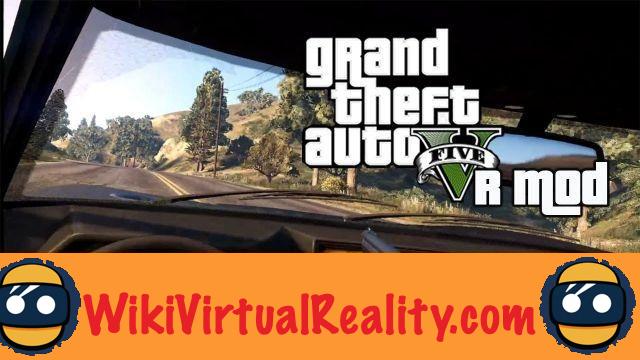 By offering them total freedom, the GTA saga allows millions of players to satisfy the impulses they hold back in the real world. It is therefore not surprising that many fans dream of being able to play it in virtual reality, in order to immerse themselves even more in this simulation where nothing is forbidden.

There was already a mod to play GTA V in VR, offered for around $ 35. However, this mod required the use of the Vorpx VR driver.

Now a new mod launched last weekend allows you to play the game in virtual reality without having to go through third-party software. The installation is therefore greatly facilitated. You can download this new mod at this address.

Ce new mod was created by LukeRoss, and allows you to dive into the title with a standard controller. The experience is particularly compelling at certain times, such as when it comes to driving a car or aiming at a target using head-tracking.

However, many elements of the game make the experience uncomfortable. This is the case with zooms when the character enters a car, or even cutscenes that intersect the narrative frame. At such times, the game will quickly cause nausea in most users.

Despite everything, this mod is very successful if you just want immerse yourself in the world of GTA for a few hours to have fun without necessarily following the main adventure. In the future, hopefully Rockstar will look into an official port in line with the successful VR adaptation of their other LA Noire game ...

add a comment of GTA V: a new mod to play in VR without software