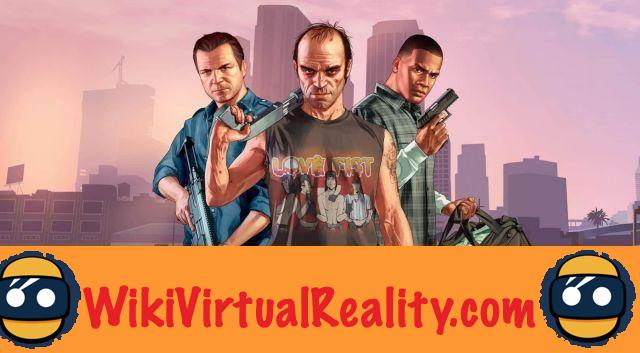 It is a GTA V mod that already caught our attention a few months ago. However, the new update really makes the prospect much more alluring.

The idea of ​​the mod is simple, allow you to play the famous offender game in virtual reality, without needing to buy Vorpx. The beginnings proved to be too limited, however, while still offering a glimpse of the possibilities to say the least.

The new version of the GTA V mod deployed by the developer Luke Ross allows to correct two of the major problems that had been identified by the players. The first is that the transition scenes which became a little blurry area, stuck to our face and particularly unpleasant. Instead, Luke Ross therefore offers a universal FOV that offers a much more natural perspective. You will see the entire environment and not just a small window as initially thought by Rockstar.

This update to the GTA V mod, along with the Universal FOV, does another service to gamers. It also allows you to improve your aim and how you enter cars.. Other updates expected should improve the rendering when you turn the camera. So many improvements that should have a certain appeal for players of the famous franchise. Of course, there is still work to be done and we see that it is not yet something very instinctive, but in the long term, we could well hope that the players will be able to do the full campaign in virtual reality without giving up.

No Man's Sky VR: all the tips to get rich really fast ❯