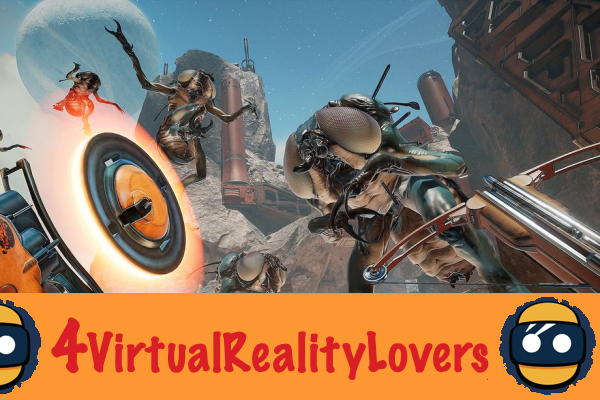 Gunheart will launch this summer on Oculus Rift and HTC Vive, then on PlayStation VR a little later in the year. It is a game designed for three players, with an emphasis on original weapons, dynamic combat and above all on cooperation. The experience promises to be intense and frenetic.

If Drifter Entertainment is a new studio, it is made up of experienced developers. The team includes Ray Davis, formerly Managing Director of Epic Games, who worked on Gears of War and Robo Recall, one of the best VR FPS available today. She also welcomes Kenneth Scott, artistic director who has worked at id Software and Oculus. Finally, Brian Murphy is a former designer and creative director of Microsoft.

Gunheart: a game with a storyline devoid of originality? 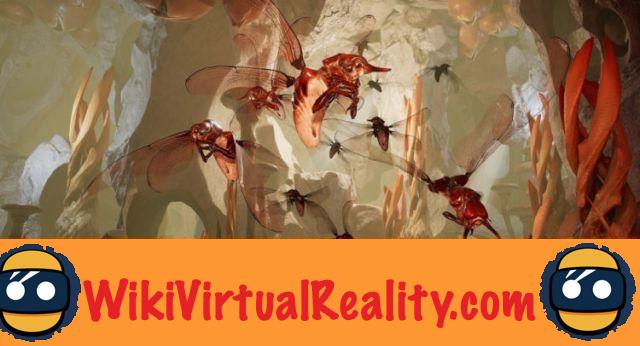 Unfortunately, if all these beautiful people portend a game of excellent quality, Gunheart seems at first glance to lack originality. The name sounds totally generic, as does the storyline that features giant insects on a rocky alien planet, just like Farpoint. It would be a shame if the cooperative mode were used here as an easy way out to avoid having to create interesting characters and a complex storyline.

In order to establish themselves in the effervescent VR video game market, developers are required to create their games very quickly before technological developments make their productions obsolete. In this context, Gunheart appears to be the result of honorable effort, but doesn't seem original enough to stand out against traditional games. Without virtual reality, this title would probably drown in the mass.

Either way, if you close your eyes to this visibly outdated storyline, the gameplay looks genuinely fun. In addition to traditional weapons, players can equip themselves with a crossbow, or even a rifle throwing discs. It is possible to hold a weapon in each hand, or to combine two weapons to create an overpowered weapon. Strategic cooperation will be in the spotlight, and players will need to intelligently complement each other to take down the hordes of enemies. For example, one player will be able to use a long-range rifle, while another may opt for close combat with a shotgun.

Le Gunheart's teleportation system allows you to position yourself directly at strategic high points to take advantage of an optimal angle of fire, or to launch directly into the battle to immediately go back after eliminating a few opponentss. The studio wanted to incorporate teleportation as a real element of the gameplay, rather than as a necessary constraint to avoid motion sickness.

Between cooperative sessions, players can meet in a lobby, and have fun throwing balloons or splashing foam. This peculiarity gives the title a social dimension, like an application like Altspace, and could help develop a united community around the game. In conclusion, Gunheart seems to be the culmination of the first wave of video games in VR, from the successes and failures of these predecessors. However, it will be necessary to wait for the release of the game to check what it really is.