HaptX Glove: the ultimate glove for touch and haptics in virtual reality 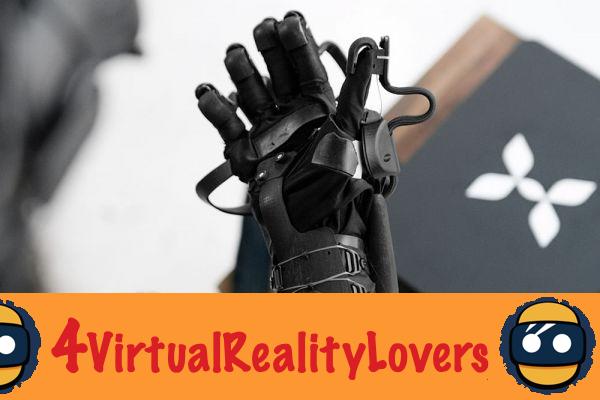 When the sense of touch is absent in virtual reality, it spoils the immersion by reminding the user that he is living in a virtual world and that the objects he sees and tries to touch do not exist. Add touch to VR and offer the sensation of texture, volume and shape, of temperature, while offering haptic feedback giving the illusion of feeling the object in hand with its weight and resistance is a real challenge. A challenge that the HaptX teams are trying to meet with their glove intended for virtual reality. 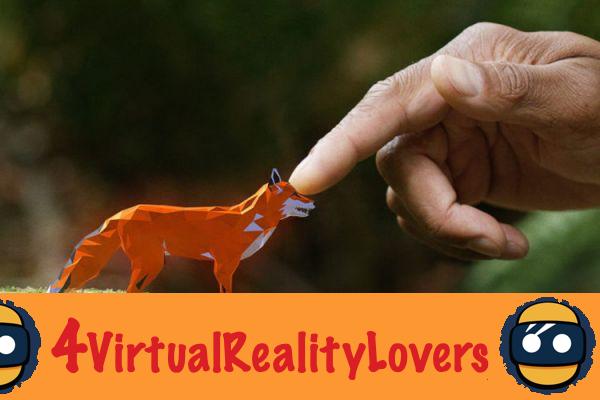 HaptX Glove: giving the impression of touch in virtual reality

The American company HaptX, formerly AxonVR, has just presented its prototype of gloves for virtual reality called “HaptX Glove”. These gloves are in fact made up of both an exoskeleton system that provides force feedback to simulate the pressure of an object on the fingers and in the hand as well as a evolved system allowing to feel the textures as well as the shape and the volumes. A technical feat that adds, in addition to sight and hearing, the sense of touch in virtual reality. 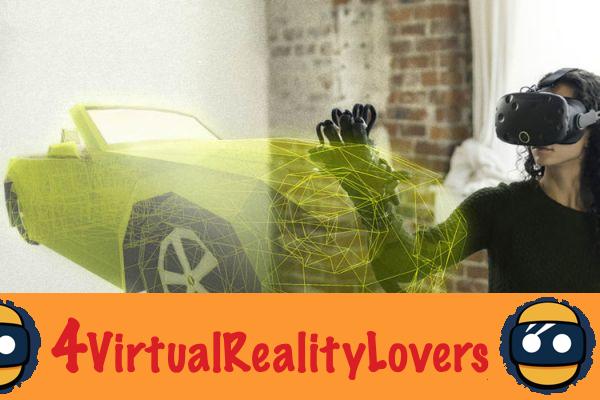 To develop the feeling of texture, volume and shape in the palm of the hand and on the fingers, the HaptX Glove uses a silicone fabric. This smart, thin and flexible fabric uses microfluidic technology. Hundreds of small pockets are inflated or not in order to reproduce a very fine sensation of touch.

The microfluidic system of the HaptX Glove gloves

By inflating or deflating the small air pockets, the HaptX glove gives the feeling of texture. The air pockets offer an accuracy of 2mm, which is more than enough to simulate textures and shapes and volumes on the fingers and in the palm of the hand. The feeling of temperature was not forgotten either. Indeed, a second silicone layer this time uses water as fluid and not air. This allows to simulate temperatures and for example give the sensation of cold by touching metal and heat by touching a hot object.

As for the exoskeleton system, it offers force feedback to provide the sensation of touch in addition to the texture offered by the microfluidic system. The force feedback can be up to 2 kg per finger. Still in prototype stage, the HaptX Glove should be marketed in the course of next year. Hopefully by then the engineers will have found a way to do away with the huge cable that connects the glove to the system. Either way, the HaptX glove system goes much further than what currently exists as gloves for virtual reality.  However, the management of HaptX intends to go even further by considering a complete combination.

add a comment of HaptX Glove: the ultimate glove for touch and haptics in virtual reality