Hardlight VR abandons its haptic jacket project, due to lack of resources 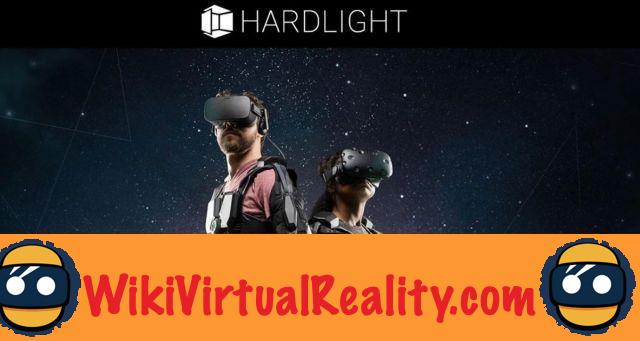 This is very sad news for the virtual reality industry, and for those who dream of immersing themselves in VR as in. The Hardlight VR company, which develops the Hardlight VR haptic combination, announces that it no longer has the means to continue his project.

The Hardlight VR haptic jacket was successfully funded on Kickstarter in March 2017. In total, the company has raised $ 147574 from 300 backers. In August 2018, the firm announced that 95% of the jackets ordered through the platform had been delivered.

On the other hand, the wireless adapter she promised will not be delivered. For good reason, not only does Hardlight not have the necessary financial means, but it also has to deal with a software problem which forced it to start designing the module from scratch when its development was already advanced.

Hardlight VR: "the VR industry is moving much slower than expected"

In the end, instead of the $ 10000 initially planned, the development alone cost $ 18451. This sum represents 104% of the funds raised, not even counting the cost of production. Likewise, the manufacture of the jacket cost 138% of the funds raised on Kickstarter, after deduction of the percentage taken by the platform.

Un total of an additional $ 59013 was required to answer the question. This money was obtained from investors, but also from friends, families, and personal savings of members of the company.

In parallel, Hardlight VR reveals that it has been working full time without pay for 9 months now. Its search for additional investors or a purchaser having failed, the firm has no other choice but to go out of business.


The CEO of the firm, Lucian Copeland, regrets not being able to complete this project. According to him, the VR industry is moving much more slowly than what the company expected. This is what kept Hardlight from reaching its breakeven point. It will therefore probably take many more years to see haptic jackets democratize, unless a large company like Oculus decides to develop its own combination ...

E3 2019: finally a show dedicated to VR at the biggest video game show

HP - Virtual reality in a bag and wireless

If, and only if, Palmer Luckey bought HTC's Vive division

Add a comment from Hardlight VR abandons its haptic jacket project, due to lack of resources