Harry Potter Wizards Unite: all you need to know about Potions and Master Notes 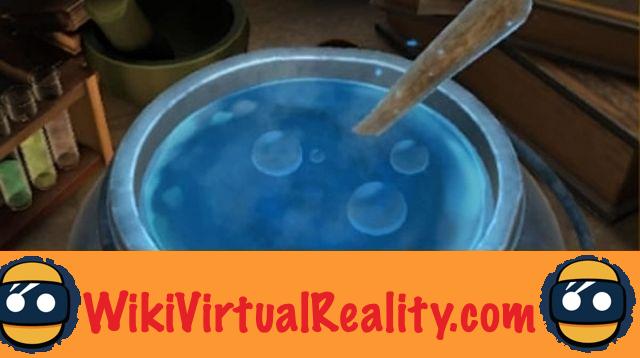 If you are going to become one of the most powerful wizards in our world in Harry Potter Wizards Unite, you will have no choice but to brew and use potions. Some will be useful for rescuing Foundables in the tracks, others for meeting the most arduous Wizarding Challenges. Find out everything you need to know about it through our comprehensive guide.

What are the effects of the different potions in Harry Potter Wizards Unite?

In Harry Potter Wizards Unite, potions are consumables that can be purchased or brewed. Once consumed, they offer the player precious temporary bonuses.

Currently, there are nine different potions in the mobile game. To unlock all the recipes, the player must reach level 10. However, this is only the beginning of the journey ...

THEBaruffio's Brain Elixir will allow you to double the experience points acquired by bringing in a Foundable, by taking up a Sorcerer Challenge or by unlocking a Portkey. Its effect lasts thirty minutes. Ideally, try to be under the influence of an Elixir at all times (except if you plan to play for less than thirty minutes). This will allow you to reach level 60 twice as quickly ...

La Healing Potion, meanwhile, allows you to restore your health points during a fight or between two fights in the Sorcerer Challenges. They will be very useful for you to survive against the most formidable enemies, especially if you do not have healing spells to restore your stamina.


Then let's talk about Exstimulo potions, which will allow you to increase the power of your spells. These will not only allow you to increase your damage against opponents in Wizarding Challenges, but also to more easily release Foundables in the Tracks. They will be particularly useful for defeating the most powerful Seals and saving the rarest Foundables.

It exists three levels of Exstimulo potions : the base potion, the strengthened potion and the powerful potion. Strengthened and potent potions require more ingredients, but increase your potency more and for longer.

Le apathy potion is also very important in saving the rarest Foundables. This potion will simply allow you to prevent a Seal from stealing a Foundable for three turns. So make sure you always have at least one with you, to prevent an extremely rare Foundable from disappearing before your eyes after hours of research ...

Le invigorating filter and the Reinvigorated Potion, meanwhile, will allow you to gain focus points in Wizarding Challenges. These focus points will simply allow you to use the charms (strategic spells) related to your profession.

Still in the Wizards' Challenges, the Sharpening Potion will allow you to increase the power of your spells up to 50% against elite enemies. She will be of great help to you in the highest rooms of the fortress ...

How to use a potion in Harry Potter Wizards Unite?

There are two types of potions in Harry Potter Wizards Unite: those to use before a fight, and those to use during a fight. For use a potion before a fight (like Baruffio's Elixir), go to the vault and to the Potions section. Potions that can be used out of combat will have a button.


To use a potion during a fight (healing potion, Exstimulo, brain sharpener, apathy potion), press the Potion button at the bottom right of the screen when it's your turn to play. Choose the potion you want to use, and press the “use” button. The number of turns the potion is active will be shown on the left of the screen.

Note that some potions can be used between two fights during the Wizarding Challenge. This is the case for the Healing Potion, the Invigorating Philtre or even the Aiguise-Méninges potions. To use them, simply tap the potion icon at the bottom of the Wizard's Challenge arena screen and choose the one you want to use.

How do I collect ingredients and brew potions?

As you level up and complete your daily missions, you can earn some potions as you progress. It is also possible to buy potion packs in the shop.

However, main way to get potions is to brew them yourself. To do this, you will need ingredients to pick up from the ground as you walk.

At first, you will probably have difficulty recognizing the different ingredients on the menu and memorize which ones are needed for each potion. After a few hours of playing, however, you will be familiar with alchemy and its intricacies ...

If you are missing an ingredient to brew the potion you need, there are several options available to you. You can actively search for the ingredient on the map, or attempt to obtain it from a greenhouse (which resets every five minutes).

You can also to plant seeds in a greenhouse, and wait a few hours to recover your plants. So be sure to collect the seeds of the rarest ingredients first.

The last option is to shell out a few gold coins to get the missing ingredients. However, this solution is expensive and it is best to use your pennies to increase your storage space for ingredients and seeds.

So learn to recognize the different ingredients, and pick up in priority those you need. Otherwise, your stash will quickly be full of ingredients you don't need.

Once the ingredients are together, go to the potions menu and choose the one you want to brew. You will only have to wait a few hours to pick up your drink.

It is however possible to speed up preparation time to increase productivity. To do this, you can shell out gold or use Master Notes ...

What are Master's Notes and how do I use them?

Brewing each potion takes several hours. To speed up the process, however, you can use Master Notes.

It is a question of carrying out a series of actions specific to each potion in the correct order to reduce brewing time by up to 15%. This will allow you to brew more potions faster. To try to pass the master notes, squeeze the ladle in the cauldron in the potions menu. You can then perform the actions in the cauldron.

add a comment of Harry Potter Wizards Unite: all you need to know about Potions and Master Notes