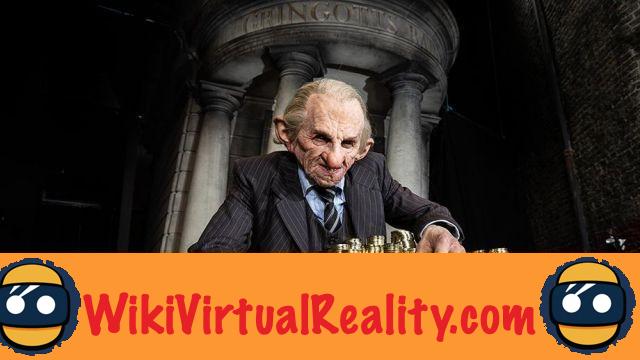 The stars were aligned. In combining the gameplay of Pokémon Go and the universe of the Harry Potter saga, Niantic's new augmented reality game Harry Potter: Wizards Unite seemed inexorably to be a phenomenal success. It was not lacking.

According to SensorTower data, Harry Potter: Wizards Unite would have been downloaded more than 400 times on iOS and Android during the 000 hours following its release. In terms of revenue generated through in-app purchases, the game would have grossed $ 300 from day one.

In addition, note that these launch figures relate only to the United Kingdom and the United States since the game was released there a little in advance. No doubt that the release in France (and in other countries) during the weekend will have allowed Niantic to weigh down his treasure ...

Harry Potter Wizards Unite gets off to a flying start, without equaling the Pokémon Go tidal wave

Although the sum collected is impressive, Harry Potter WU's success so far is far from equaling that of Pokémon Go. When released in July 2016, the game grossed $ 2 million from day one.

However, the experience offered by this new game is more complex and deeper than that of Pokémon Go when it was released. The developer has also used the experience accumulated with PoGo to avoid making certain mistakes.

If the quality is there, it is therefore possible that Harry Potter Wizards Unite attracts more and more players thanks to word of mouth. The game could also retain users for longer, and therefore surpass Pokémon Go in the long term. However, these are only projections, and it will be necessary to wait to see if the magic operates ...

Overheating: the Oculus Quest will be equipped with an internal fan ❯