Hollywood, this giant of the cinema industry, does not intend to let virtual reality slip away. A new nugget that he intends to develop by investing in many companies with strong potential. Startups throng in front of them to show their talent, hoping to get a fundraiser. So who are these companies trying to get financial resources from industry giants? Answers in this article.

Hollywood has always relied on large investments to be profitable. A risky method that must perpetually find its goose that lays golden eggs. At the moment it is the super heroes who are working and this for an as yet undetermined period, but Hollywood does not intend to wait until the end of this era to move on. They are already preparing some of the blockbusters of tomorrow. Part of the cinema that we consume every day and which is an integral part of our pop-culture. Of course, virtual reality has been highlighted lately. Sony, Walt Disney, Warner Bros, 21st Century Fox, Legendary Entertainment, etc… They all answer the call, ready to invest tens of millions in projects with great potential like The Door, which came out recently and which you can find our preview here

Startups are of course responding to the call, such as the Quebec studio Felix & Paul with the film “Introduction to Virtual Reality” which allows to realize the possibilities of the support. A great introduction to discovering the joys of VR.

But the studio did not stop there as it is responsible for additional content for the Jurrassic Word and Wild films. A studio with real talent that received sizable $ 6,8 million in support from Universal Pictures. Enough to fuel the studio's workforce and resources for the next few years.


We could also cite Virtual Reality Company, a company composed only of a dozen people but who received exceptional assistance from Steven Spielberg and James Hetfield of the Metallica group. Enough to replenish the coffers while offering a good brand image to the company. Among the group's early projects is Ridley Scott. The company that participated in the creation of the additional content of the film. No more no less. The company thus seems to show that it knows how to surround itself with big names in the film industry. The two founders Robert Stromberg and Guy Primus explain thattheir primary intention is to create works that will serve as a basis for virtual reality creations in the coming years. Like pioneers, they want to leave their mark and feed this fertile ground that virtual reality cinema represents, they want to do “things that will help establish the medium.” Primus tells us.

In anticipation of the future

But these are only forecasts for the future because for the moment none of the studio's content is available. Primus and Stromberg explaining preferring to wait for headsets like the Playstation VR and the Google Daydream platform to emerge in order to properly penetrate the industry and thus reach a wider audience.

But it's not just the release of headsets that count, it will also be necessary to wait for the helmets to spread, and to do so there will have to be content to resell. A vicious circle therefore that the studios will have to cut by taking the risk of developing content on a medium that has not yet been sufficiently sold in order to properly promote the medium.

Virtual reality and cinema are developing strongly and you can learn more about the subject by browsing our dedicated section. While waiting to have the first real big content in VR, they will have to be content with small experiences that are no less interesting. 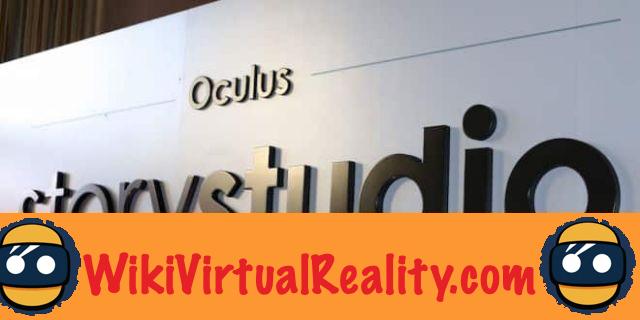 add a comment of Hollywood - Fundraising for Virtual Reality