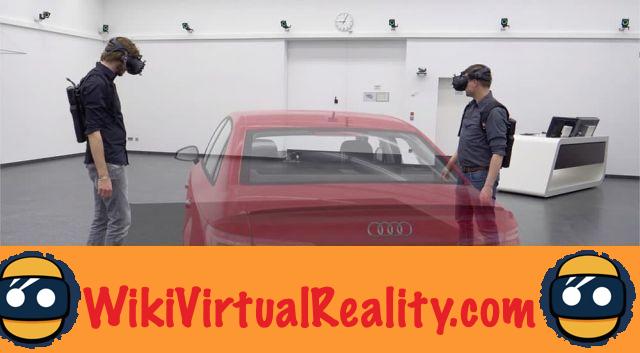 Before starting serial production of a new vehicle model, various steps are necessary. Traditionally, engineers go through the expensive and particularly time-consuming production of various prototypes before finalizing the new model. Audi engineers now use Holodeck, a very high-end virtual reality solution, which saves a lot of time and money. Presentation of this revolutionary working tool. 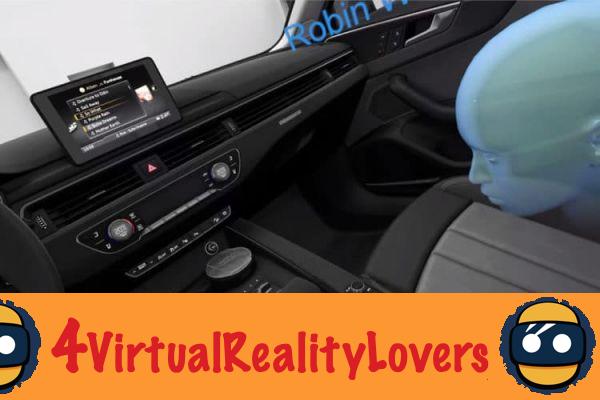 Holodeck is a room used by engineers from the German automaker, Audi. His name is probably familiar to some since it is taken from the famous science fiction series Star Treck. It is true that this working tool seems to be science fiction. The Holodeck room is lined with motion detection systems. To work there, the engineers first equip themselves with a backpack in which is a powerful computer that will manage the VR. They then put on an HTC Vive virtual reality headset equipped with position trackers.. The headset is connected to the computer worn on the back and can thus move freely without the constraint of cables.

The engineers then took hold of two controllers, also equipped with position sensors. A powerful central computer calculates, in real time, the position of each person in the room as well as the position of each controller. As you can see in the awesome video above, workers can then view the virtual prototype of the vehicle they are currently working on. They can walk around and inspect each item at their leisure..

Engineers can communicate with each other through microphones. The tools in the Holodeck room allow engineers to take voice notes but also to give conferences around the virtual prototype around the world. It is also possible for engineers to interact with each other around the virtual prototype. Note that the Holodeck room used by the engineers of the builder to the rings does not only use virtual reality. It is indeed possible to equip yourself with HoloLens mixed reality glasses to work in mixed reality. The HoloLens device is also equipped with position sensors. Holodeck could become the benchmark for engineers and make the use of a CAVE obsolete.

The Holodeck solution, developed by the German company “Holodeck VR” and the German company “HCC”, is undoubtedly what is currently the best in multi-user tracking in virtual reality and mixed reality. The field of possibilities goes much further than a tool for engineers in the development of vehicle prototypes. Holodeck can also be used for architecture, training, medicine or even entertainment and multi-player games.