HoneyVR claims to be the largest library of 360 movies 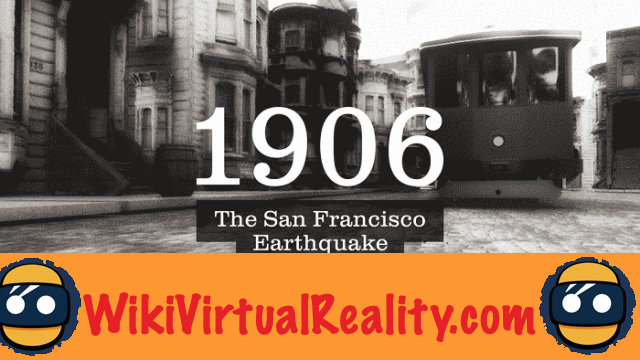 Entertain and react thanks to the immersion offered by virtual reality

HoneyVR's stated goal is to release no less of 200 creations by the end of the year. Snippets of 20 of their first 50 films are already featured in the video, released last week. All of this company's films use virtual reality, which allows, according to the voiceover, to travel through time. The interest of these films is therefore twofold, have fun, like before any film, but also mark or make the spectator react. If it is not a historical fact that serves as a framework for the film, it will be subjects which make a lot of noise, such as ecology or the protection of endangered species or environments. For example offers us to relive in full immersion the terrible San Francisco earthquake that occurred in 1906.

HoneyVR ensures that its films will be compatible with all virtual reality headsets (Oculus Rift, Samsung Gear VR, Sony Playstation VR, Cardboard and HTC Vive) and on all virtual reality platforms. But unlike 360 ​​video platforms, such as Google, Youtube or Samsung's MilkVR, not everyone with a 360 camera will be able to upload their documentary to HoneyVR. This choice helps to prevent users from finding poor quality videos, which make them nauseated due to unstable camera, walking simulations or rough cuts.  Professional directors, recruited via the company “Hive”, are responsible for creating content, and a team works closely with associations to address important issues through films. HoneyVR indicates on its site that the content will be available in Christmas 2015. But for the moment none of the films are open to the public yet, so the trailer is the only thing we can eat. If you want to have early access, just go to the company's website and enter your email address.

[TEST] Firewall Zero Hour: wake up the military man in you ❯