HP - Virtual reality in a bag and wireless 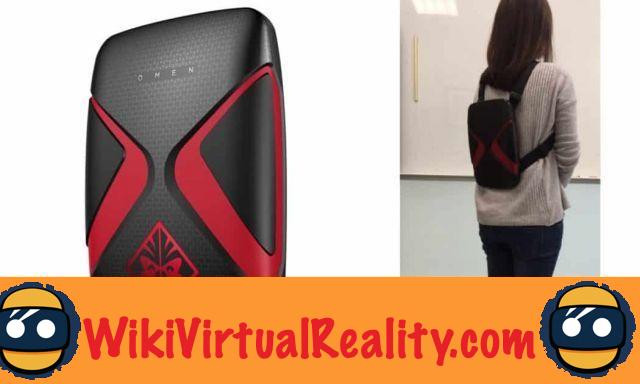 Computer maker Hewlett Packard has announced the release of a compact computer in a special backpack for a wireless virtual reality experience. HP is not the first to offer such a product.

A new trend is animating computer manufacturers: the backpack PC. HP is the latest company to announce the release of one of these machines, reports The Verge. The laptop is part of a new line of gaming PCs called Omen X. The first images show it to be compact with a design in the same line as the other PCs: red and black.

The bag should include the same capabilities as any computer supporting virtual reality: an Intel Core i5 or i7 processor, 32 Giga of memory, but the graphics card is currently unknown. The whole thing should weigh less than five kilograms. A pair of fans and batteries will take care of thermal management and power. However, this last point remains a problem: the bag has only one hour of autonomy. The designers still managed to find a solution by equipping the bag with a tertiary battery allowing the user to change the main batteries without having to turn off the game.

HP is not alone in this market

MSI also announced a similar model, with very similar shapes and similar technical capacities: Intel Core i7 processor and an Nvidia GeForce GTX 980 graphics card. In short, standard hardware for computers compatible with virtual reality. This type of installation is very similar to the equipment used by the hyper-reality amusement park The Void, but less design. Hong Kong firm Zotac has also announced a mini-PC model placed in a backpack for an offline VR experience.

One of the big flaws of virtual reality with the HTC Vive and Oculus Rift headsets is the lack of mobility. The release on the market of these devices therefore seems logical. These machines are there to overcome this defect, but the technology used is quite rudimentary, it is just a matter of managing the cooling and the power supply in a backpack, the rest is made up of parts taken from normal PCs. We must therefore see these backpacks as a laptop shell adapted to virtual reality. These bags should improve in terms of design and thermal management and power, but the main problem remains the power. Batteries remain a source of electricity that is too bulky and with too limited autonomy to be an optimal alternative to a wired power supply.

A few words about the Laval Virtual 2014 technology fair