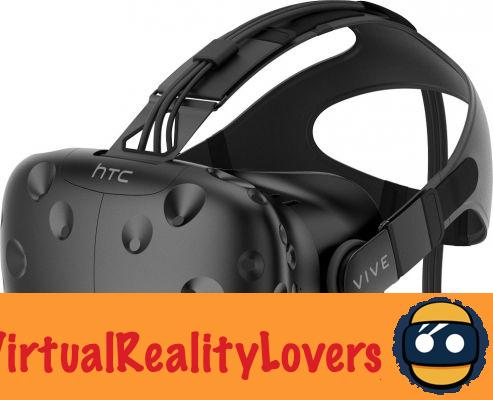 Taiwanese manufacturer HTC is reportedly in the process of manufacturing a new version of its virtual reality headset, the Vive. The new version should be released at the end of the year or in 2017. It should be thinner and have improved features.

An auspicious rumor quickly made the rounds of the VR ecosystem: HTC would concoct a new version of its headset. It was the China Post that launched this news on July 16. Chinese media reported the announcement from one of the manufacturers of Vive. The second version of the HMD would not bring major technological changes, but rather an improvement of the previous model. According to the site, the new version would be lighter and have improved features.

This HTC Vive 2.0 should be available towards the end of the year, or in any case in 2017. This is very good news for Valve and very bad news for Oculus. Both headsets have been available since April, and despite this joint release date, the Rift has fallen behind schedule. The firm of Palmer Luckey did not finish sending its pre-orders until mid-July while the Vive is available in France in supermarkets. HMD sales also reflect this superiority. Around 100 helmets were reportedly sold in three months.

HTC Vive widens the gap with the Oculus Rift

The Oculus Rift doesn't have a room-scale motion sensing system like the Vive. Its controllers, Touch Controllers are not yet available and early buyers. The latter will have to buy them separately. Among the arguments in favor of the Facebook headset, the price is often cited. It costs 200 dollars less than its main competitor. This could however change with the addition of the controllers to the pack as well as with the addition of a roomscale system requiring three additional cameras.


The integrated audio still works in its favor, but the question of design has just been brought into play. One of the big advantages of the Rift is its elegant and ergonomic appearance, which goes pleasantly against the grain of the geek image of virtual reality. . The new version of the Vive would be lighter and better designed. This change could call into question this advantage of the Rift over the Vive. Luckey's helmet is racking up errors in this important launch year. If this trend continues, the HTC Vive could establish itself as the virtual reality headset for gamers.

add a comment of HTC - A Vive 2.0 is in preparation