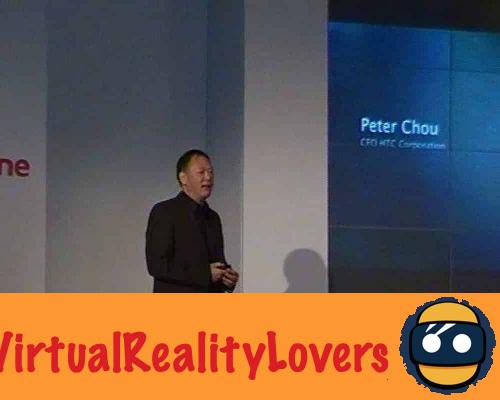 The departure of the co-founder of Taiwanese smartphone maker HTC, Peter Chou, was recently announced. The latter already had one foot outside and the other in the Digital Domain studio. His departure does not bode well for a company that is already struggling financially.

The smartphone maker HTC has just lost its historic leader. Peter Chou, one of the founders of the company in 1997, reports the AndroidCentral site. The latter left the company in favor of the Digital Domain studio. The Taiwanese company is a pioneer in the field of smartphones and is the first manufacturer to have integrated Android on its devices. Currently, the company is in deficit, it announced last May 129 million euros of loss, despite the arrival on the market of the HTC Vive. It is therefore a company in distress that Chou leaves.

This departure is however not a complete surprise, the co-founder of HTC had in 2015 taken a place of direction within Digital Domain. For the occasion, he gave up his position as company director, but remained at the head of his “Future Development Lab”. Digital Domain studio was founded by James Cameron in 1993 and has produced special effects for films like Titanic, Tron: Legacy, Iron Man 3, and Fast and Furious 7.

The release of Chou from HTC means the end of an era for the company. The future is still cloudy and uncertain. Virtual reality will undoubtedly be part of it, but it remains to be seen what will happen to the company: a rise in the slope and a return to economic stability thanks to virtual reality? A takeover by a competitor? In any case, the future of the company will be decided in the coming year.