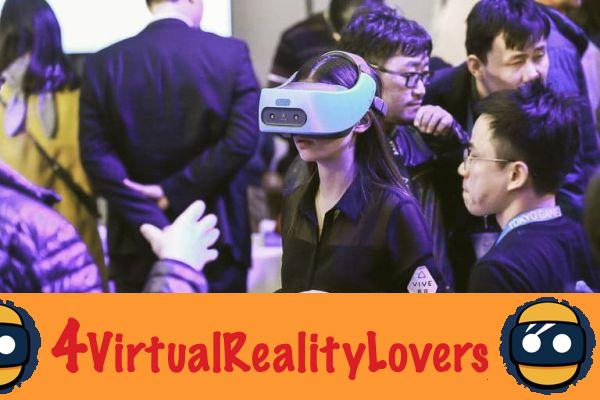 Several times in the past, HTC shared its vision for the future of virtual reality. According to the Taiwanese firm, in the near future, the Cloud and 5G will allow streaming VR games to be played rather than having to connect the VR headset to a PC.

Until the technology is advanced enough to enable Cloud Gaming VR, HTC launches new service called ”Viveport Streaming“. Announced at the ChinaJoy 2019 conference, this service will allow players to subscribe to access a large catalog of VR games in streaming.

In total, subscribers will enjoy unlimited access to a catalog of more than 2000 games and VR applications from the Viveport catalog. The subscription will be billed at $ 13 per month, or $ 9 per month if you sign up for a year.

With this service, HTC indirectly competes with the Oculus Quest autonomous mobile headset from its great rival Facebook. However, Viveport Streaming still requires a VR-Ready PC equipped with an AMD or NVIDIA graphics card. It therefore does not allow you to play PC VR games on a mobile headset while traveling.

Initially, this streaming service will be available only with the HTC Vive Focus Plus mobile VR headset launched in early 2019 and intended for businesses. However, other standalone VR headsets based on the Vive Wave VR platform will be compatible later.


Also as part of the ChinaJoy 2019 conference, HTC also unveils video games . Developed by Chinese gaming giant NetEase, this game is an open-world MMO RPG in virtual reality offering players to fight and explore different worlds. This game will launch in the fourth quarter of 2019.


HTC also announces Viveport Video Player: an interactive 6DoF video player allowing users to move within any video at 180 or 360 degrees. The opportunity to immerse yourself even more in virtual reality…

Sony is recruiting for a new AAA game for PlayStation VR ❯