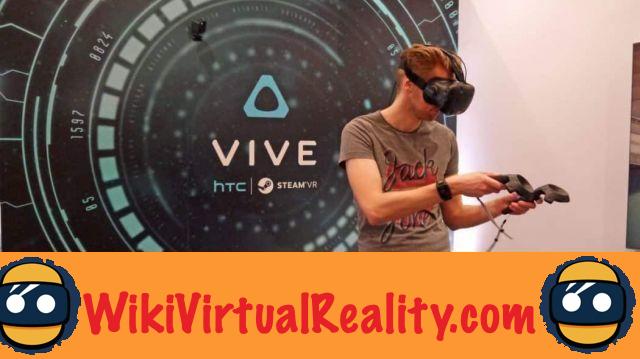 The manufacturer HTC has announced that there is no longer a waiting list for the purchase of the Vive. Now all orders will be delivered within 72 hours. This progression in the production and distribution of the headset is another step forward for the HTC Vive.

The HTC Vive headset has just passed a milestone. Valve's device no longer has a waiting list, reports The Verge. Since the site is open for reservations at the end of February, all copies were immediately sold forcing buyers to be relegated to a waiting list. According to a tweet from an employee of HTC's virtual reality division, 15 copies were sold in ten minutes.

According to the site, helmets will be delivered within 72 hours of ordering. The sales flow of Vive will therefore increase until it stabilizes.. However, there are still several steps before this phase. Resellers from countries with high technology consumption have yet to be chosen. In France, the partners are numerous and include large resellers such as Fnac, Darty, Boulanger and many others.

HTC Vive has taken the lead in the virtual reality market

From a strategic point of view, it is HTC which today has the upper hand compared to the Oculus Rift. The reasons are varied, first of all, the Vive came out first which gave it a media edge. This headset is also complete, unlike the Rift which lacks a camera and its Touch Controllers. Facebook's device has also fallen behind in production, with people wishing to purchase a VR headset now having the option of queuing and delivering within 72 hours. The decision is taken quickly.


Additionally, the HTC Vive runs on Steam. Since to use this headset you need a very powerful gaming computer, there is a high probability that the buyer is a gamer and already owns games on Steam. The Vive is therefore aimed more at potential buyers than the Rift. The lead taken by the Vive in the market may well determine the balance of power between the two brands in the long term. We must hope that Oculus makes up for it with its controllers and its new camera, without a decisive technical advantage, the Rift risks losing the battle for virtual reality.