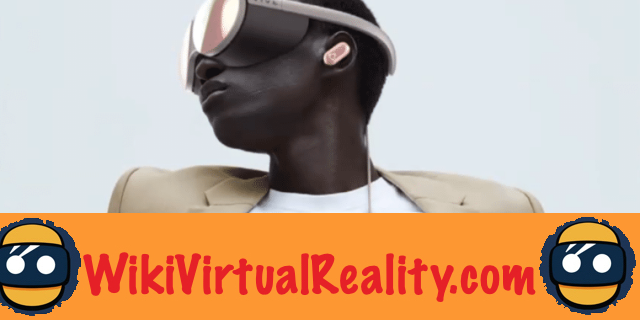 This screen is already fitted to the LYNX-R1 autonomous mixed reality headset, manufactured by the French company LYNX. It is also carried by the prototype of VR glasses presented by Pico at CES 2020.

Now, it's HTC's turn to unveil a VR headset that looks more like simple ski goggles. To offer such dimensions, the ”Project Proton” is based on coin-sized microdisplay screens rather than conventional OLED or LCD screens.

Currently, two versions of the Proton are being tested. The first is a stand-alone device, whose components such as the battery and the processor are mounted on the back. The second is thought to be connected to a smartphone via a cable and could eventually display VR content in streaming via 5G.

HTC Proton: a glimpse into the future of VR headsets

There are already compact VR headsets, including the one recently launched by Huawei in China for around 400 euros. However, the HTC Proton sets itself apart by offering un tracking de position 6DoF fit for the Oculus Quest. This tracking is provided by two cameras integrated into the facade.

For now, however, the Proton is still at the concept stage. It is for HTC to offer a glimpse of the future of virtual reality. Taiwanese manufacturer planned to present this prototype at MWC Barcelona, which unfortunately was canceled for fear of the SARS-CoV-2 coronavirus. In the meantime, you can always turn to the two new models of HTC Vive Cosmos revealed yesterday ...

HP delivers its vision of augmented reality with the Aurasma app ❯