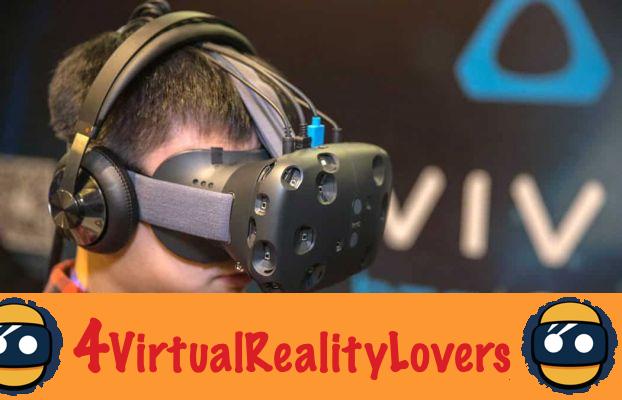 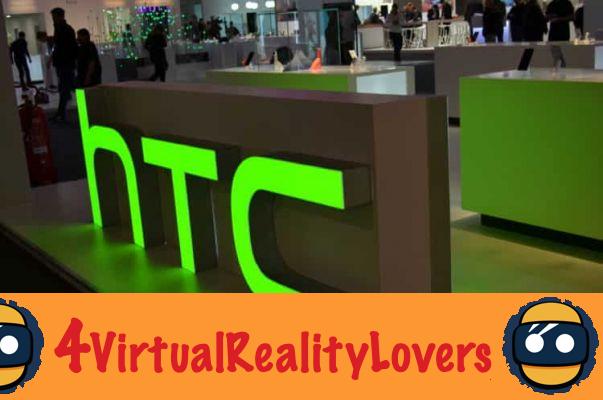 The mobile manufacturer is not a base specialized in virtual reality, the company based in Taoyuan (Taiwan) and created in 1997 has long been one of the biggest mobile phone manufacturers, with the arrival of the Smartphone, HTC notably created a partnership with Google to create laptops using Windows systems, Windows Phone. But this glorious time when she was a whale of the mobile telephony is now in the past and the financial results of this beginning of the year 2016 suggest a stormy future for the company. 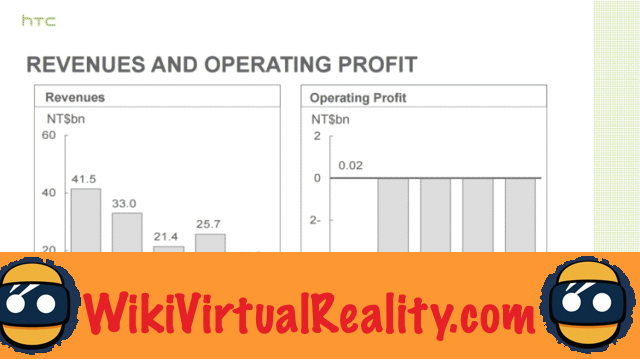 HTC and its uncertain future

The results are discouraging, against 41,5 billion Taiwan dollars in revenues for the first quarter of 2015, this first quarter of 2016 only posts 14,8 billion Taiwan dollars in revenue, stating then a 64% decrease in turnover, which is a huge blow for a company of this size. You should know that over the last quarters the operating result has always been negative until sinking to a -15,6% in the second quarter of 2015. This implies that HTC is not facing a temporary crisis but rather a which has been going on for over a year and which HTC can not disentangle.

In the first quarter of 2016, HTC had a net profit of - 2,6 billion Taiwan dollars, which is one of its worst results in the company's history. What is more, and it is even sadder for HTC, this figure should be analyzed taking into account the fact that the Taiwanese company has sold real estate for a little over 2 billion Taiwanese dollars. When a business begins to resell their furniture, needless to say that the danger is more than real and that the word bankruptcy is not to be taken lightly. 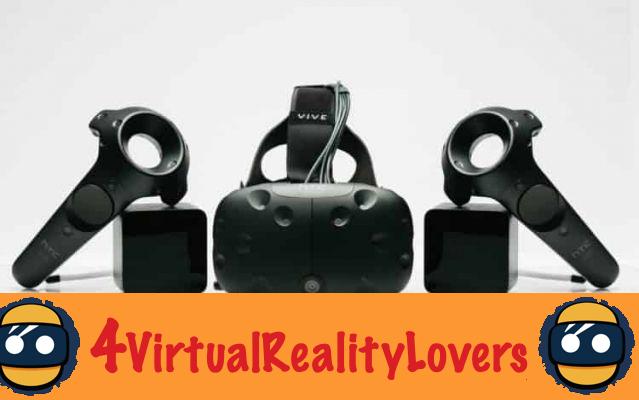 Of course, HTC is no longer specialized in mobile telephony, but is now seeking to open up new markets, including virtual reality in particular, and it is far from timidly that HTC has entered this market, since 'business is at the origin of the most powerful, the most successful and having the best graphic rendering of the virtual reality headset market. The HTC has shown everyone the incredible potential of virtual reality and more than one skeptic has simply been blown away after wearing it. So, what dark day would it be for virtual reality if the fall of HTC meant that Vive's potential disappeared?

What hope for the Vive?

But can we count on this prodigious helmet to save the company from bankruptcy? It must be said that the company's virtual reality headset was able from its start to hit the market with a big sales record with no less than 15 pre-orders in less than 000 minutes. What's more, all tests and reviews are unanimous, the HTC Vive is almost perfect and we only read praise on it. But no, this VR headset is not likely to save the company from bankruptcy, because despite the enthusiasm, HTC Vive costs more than 800 € and is not yet made for the general public, certainly the critics are there, but the sales will not be massive, the general public is not yet ready for VR and even less to pay such a sum in a helmet.

How is the company going to fare? Difficult to say, we know that the latter is betting a lot on VR, in particular via its massive investment of 100 million euros in the Vive X project. There is also its promising latest smartphone model, the HTC 10, but is this enough to see new hope? Not particularly. If HTC is in great danger, there is still another hope for HTC Vive, HTC's collaborator on this project, Valve video game studio. The latter, in the event of the fall of the Taiwanese company, would have everything to gain and would be legitimate in the recovery of the VR headset.

add a comment of HTC - The creator of Vive risks bankruptcy