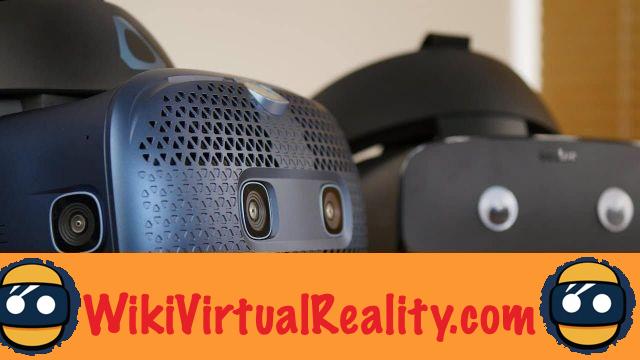 Until now, Oculus and HTC have been considered the two main competitors in the virtual reality market. Both have marketed their first PC VR headsets almost simultaneously in 2016, and have since released a wide variety of rival devices such as the Oculus Quest and the HTC Vive Focus.

Nevertheless, in a recent interview with, the new French CEO of HTC, Yves Maitre, showed himself to be much less determined to triumph over Facebook / Oculus in the battlefield of virtual reality. Asked how HTC plans to outperform Oculus, the business leader surprisingly responded that he is "Not sure the goal is to beat Oculus".

In his eyes, the market is very large and even if HTC competes with Oculus, Oculus is in its own segment of gaming and social networks. For his part, HTC is now seeking the B2B sector more with corporate customers.

This strategic divide had already been marked in 2018 with the launch of the HTC Vive Pro for professionals, and later with the Vive Focus presented as a VR headset for business. Likewise, Oculus has confirmed its desire to seduce gamers with an Oculus Quest clearly presented as a games console. Thus, the two manufacturers took a different direction.

Remember, however, that HTC Vive has just launched the Vive Cosmos, its first VR headset for the general public since the Vive in 2016. The Taiwanese firm therefore does not seem to have completely abandoned this niche, even if it does indeed run the risk of encountering fierce competition from its American rival ...

Yves Maitre also reviewed the disappointing sales figures for Vive headsets and the general financial difficulties encountered by the company (which in particular decided to give up the smartphone market to focus on VR and 5G. According to the CEO, he is clear that "The VR market is not growing as fast as expected". However, this is not an admission of failure and the firm will continue to invest in this technology ...