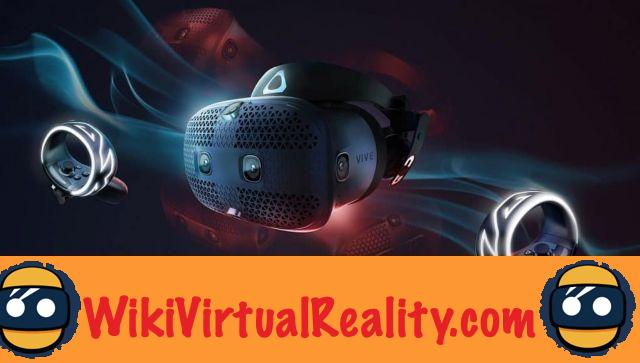 In June 2019, HTC confirmed that its new Vive Cosmos PC VR headset would launch sometime in the third quarter. The device was initially announced at CES in January 2019, but It was only recently that the technical details were revealed.

We now know that the Vive Cosmos will be equipped with a 2880 × 1700 resolution RGB LCD display with 90Hz refresh rate. Its inside-out tracking system is based on six onboard sensors.

HTC has also confirmed that the price would be below the $ 900 mark. Additionally, the original product teaser suggested connectivity with smartphones. However, no information on this has been released for the moment.

Today, ahead of the launch, HTC is releasing three videos on YouTube to highlight the main strengths of Vive Cosmos. These videos had already been posted on the firm's Facebook page last June, but they have just been posted on the Google platform. We can therefore expect an imminent launch ...

The first video allows you to admire the design du Vive Cosmos from every angle. At this level, the evolution compared to the first Vive is striking.

Finally, the last video highlights the comfort and ergonomics of the Vive Cosmos. Designed to allow longer sessions in virtual reality, this new headset weighs only 651 grams and actually seems much more comfortable than the Vive and the Vive Pro ...

Will virtual reality open up video games to the general public? ❯