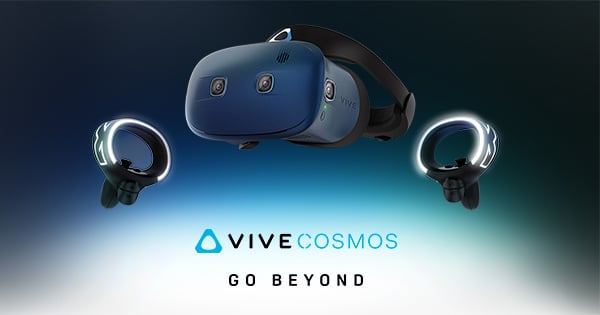 Initially announced at CES 2019, the HTC Vive Cosmos VR headset will be available in the third quarter of 2019. HTC has just officially confirmed the launch date.

In addition, the Taiwanese firm specifies that developer kits have been shipped and will be delivered to developers very soon.

Since the product was announced in January 2019, HTC has still not given details about this new helmet. We still do not know the definition of the screen, the field of vision, the weight, the tracking system or even the price of the device.

We just know that the Cosmos is a VR headset for PC. However, HTC also hinted that it would be possible to connect it to a smartphone without giving details on this subject.

It is very likely that many questions will finally be answered when developers get their hands on the device. However, it is unknown whether HTC will be allowed to communicate on the headset before launch…

As a reminder, the Vive Cosmos is the first PC VR headset designed by HTC without the help of Valve. Indeed, the creator of Steam was responsible for all the software part of the HTC Vive and HTC Vive Pro.

While the American firm is preparing to launch its own Valve Index headset, it is now in direct competition with HTC. We can also expect the Vive Cosmos not to be compatible with Steam, but only with the Viveport application store of the Asian manufacturer ...