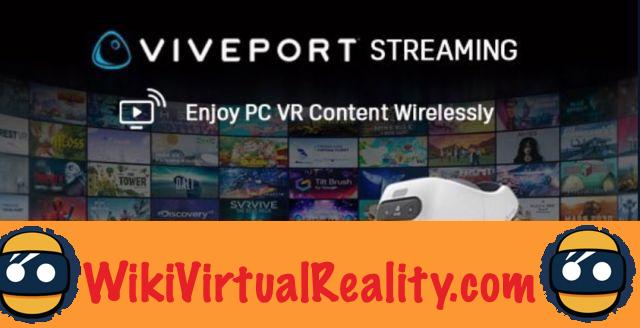 HTC Vive has just announced a new 5GHz WiFi streaming feature for the Vive Focus Plus and all Vive Wave Platform compatible standalone VR headsets. This novelty will allow play VR games for PC on a standalone headset, thanks to streaming.

This is therefore a way for HTC to compete with the recently launched Oculus Link cable by Facebook, allowing play Rift games for PC on Oculus Quest. However, HTC's system has the advantage of operating without cables.

Moreover, the president of HTC Vive China, Alvin Wang Graylin, did not hesitate to tackle Facebook. When announcing the launch on Twitter, he took care of specify that there is "no need for special cable" to take advantage of this feature.

However, we will have to wait until we can test this wireless streaming system to check if it matches the Oculus Link in terms of latency and image quality. This seems technically difficult to accomplish, especially if we rely on the performance of third-party software already offering streaming such as VRidge or AMD ReLive ...

WiFi streaming is available in beta now. However, only users subscribed to the Viveport Infinity platform can take advantage of it for now. It is also necessary to have a VR-Ready PC and a standard 5Ghz compatible router.

As a reminder, the Vive Focus Plus is available for 699 € HT. In Europe it is presented by the brand as a helmet intended for companies. This is the reason why this new PC game streaming feature is mainly highlighted in China, where the device is also aimed at gamers ...

Adaptation of large licenses in VR: the best and the flop ❯