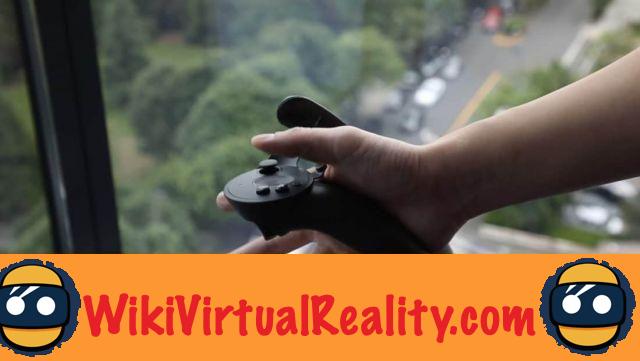 In 2016, Valve unveiled its “Knuckles” motion-sensing controllers for HTC Vive. By allowing hands to be used in VR in a natural way, these accessories aimed to replace Vive Wands controllers to better compete with the Rift Oculus Touch.

In 2017, the developers began receiving the Knuckles. However, at the end of June 2018, Valve has just sent the creators of VR games a new version of its controllers: the Knuckles EV2. This new iteration is capable of transcribe the movements and pressure of the fingers of the user in VR, in order to allow him to touch, lift, and pinch virtual objects.

To achieve this feat, the Vive Wand's touchpad was first replaced by an oval-shaped tracking button capable of measuring the force of a pressure. Otherwise, sensors have been added on the whole controller to estimate the pressure with which the user holds the accessory.

These will allow grab or pinch objects in virtual reality, but controllers will also be able to detect when the player releases the prop. Thus, it will be possible to use these technologies for sports games for example, in which the player must release the ball at the right time to make a throw.

In addition to this major novelty, the Knuckles EV2 also offer a superior autonomy extended to six hours. There is also a joystick, added to meet the demand of developers, and classic circular buttons. It is not yet known (still) when the Kuckles EV2 will be available to the general public.