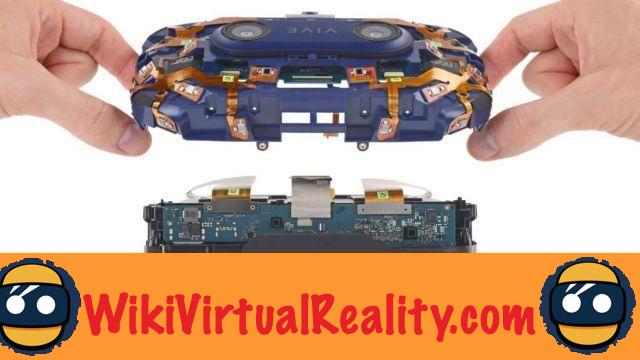 Unveiled in January 2018 at CES in Las Vegas, the HTC Vive Pro is HTC's new virtual reality headset. Available for sale since April 5, 2018, this device is presented as a hardware update to the first HTC Vive launched in 2016. In addition to an improved design and other minor changes, the Vive Pro is distinguished mainly by its new screen.

This screen offers a total definition of 2800 x 1600, against 2160 x 1200 for the first HTC Vive. It is therefore a massive increase of 78%, which allows in particular to remove the veil effect encountered by users of first generation helmets such as the Vive and the Oculus Rift. 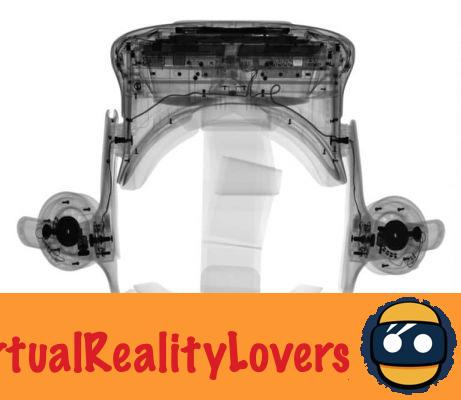 Today, the experts from the iFixit site have just disassembled the HTC Vive Pro. If you don't know this American site, iFixit specializes in disassembly (teardown in the language of Shakespeare) of electronic devices of all kinds: smartphones, laptops, game consoles ...

The goal of iFixit is to discover the internal components of the devices he disassembles, and the way these components are arranged. In addition, the site determines the level of difficulty of repairing the devices that it dissects and assigns them a repairability score accordingly. 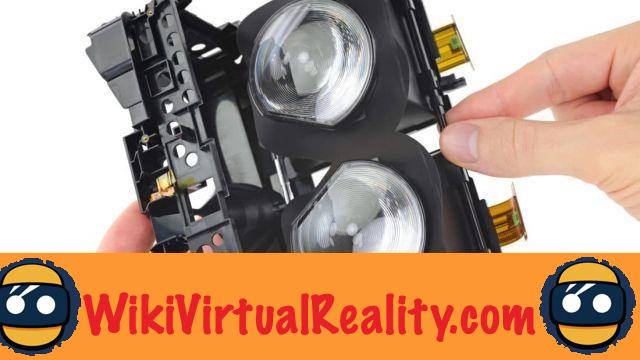 Through careful disassembly of the HTC Vive Pro, we discover that the new VR headset has a ribbon cable under its hood. This cable threads under the front plate and connects to 32 infrared tracking sensors. These sensors are hidden under small cavities visible from the outside of the device. These cavities are used to filter non-infrared light to facilitate the capture of IR light from Lighthouse tracking stations.


This disassembly also confirms that the HTC Vive Pro includes screens manufactured by Samsung. It is two AMS350MU04 AMOLED screens with definition 1440 × 1600. These are the same screens as those on the Samsung Odyssey VR headset running on the Windows Mixed Reality platform. This detail had not been officially confirmed by HTC. 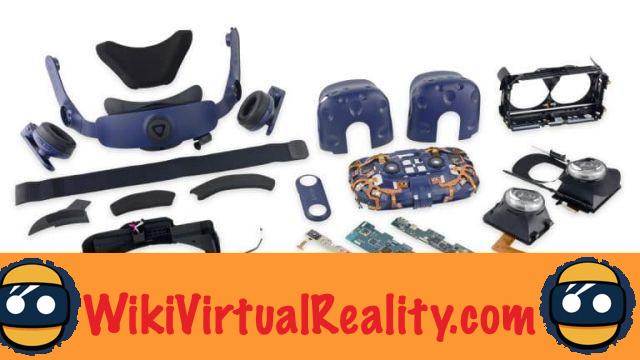 At the conclusion of this dismantling, iFixit assigns a very good repairability rating for HTC Vive Pro. The Taiwanese headset is rated 8/10 (the same rating as for the first HTC Vive). In detail, iFixit emphasizes the fact that the device can be dismantled safely and easily with standard tools. Most components are secured with standard Phillips and Torx type screws. The comfort cushions are secured with Velcro.

In addition, the new integrated headphones are completely modular is instructions are provided to uninstall it. Also, as the Lighthouse controllers and tracking stations are the same as the first HTC Vive, repairers will already know how to fix these accessories if something goes wrong.


On the other hand, iFixit regrets the (light) use of adhesive to secure the lenses, microphone and sensors. Finally, knowing that the manufacturer does not provide any repair manual, the site recommends that you be extra careful before operating, especially since it is a complex device.

You can witness the complete disassembly of HTC Vive Pro step by step in the video below. Creative Electron also carried out a x-ray view of the VR headset allowing to contemplate all its assembled components.