HTC Vive Pro: you will soon be able to use your 5 fingers in VR 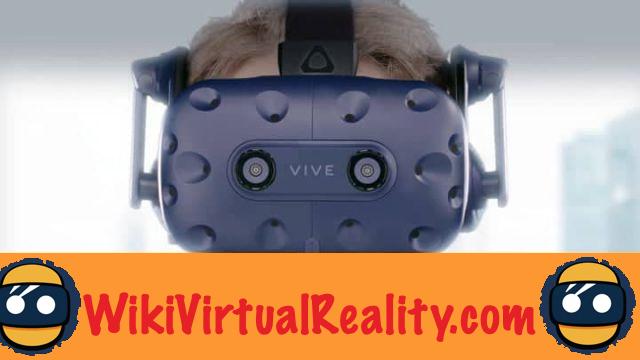 Among the new features brought by the HTC Vive Pro over the HTC Vive, there are two cameras located on the front of the helmet. However, at present, these cameras are used very little by existing virtual reality applications. This will change in the near future.

Indeed, as part of the World Conference on VR Industry, which took place in China on Saturday, October 20, 2018, HTC made an exciting announcement to say the least. Thanks to a new tracking system using the two front cameras, the Vive Pro will soon be able to track the user's hands without the need for external sensors or even motion-sensing controllers. The headset can even follow each finger independently!

More precisely, this new system will be based on Computer Vision technology in order to allow the device to understand the position and movements of the user's hands in real time. A technology similar to that used by Magic Leap for its mixed reality headset.

As a reminder, at present, the hand-tracking of the HTC Vive depends on motion detection controllers tracked through external “beacons”. It is therefore a real leap forward, which could well upset the experience offered by VR and reinforce the feeling of immersion in a considerable way.

Le HTC Vive Pro will be the first VR headset to offer such an advanced hand-tracking system. We bet that Oculus will respond quickly with its own system. In the meantime, developer tools to exploit this new functionality will be available very soon for developers registered on Viveport.

Eye Tracking and a wider field of view in the HoloLens 2?

Add a comment from HTC Vive Pro: you will soon be able to use your 5 fingers in VR