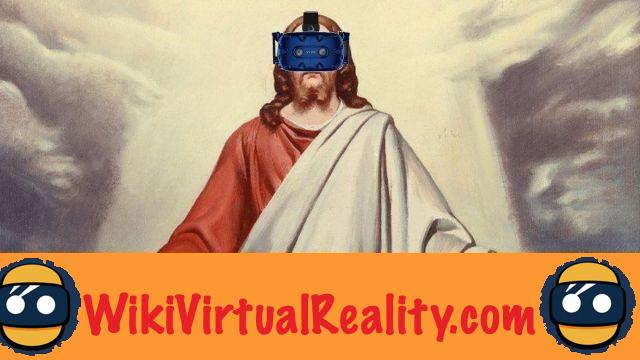 Who said Christians are against progress? Since the launch of mainstream VR headsets, many followers have embraced this immersive technology. We can notably cite DJ Soto who recruits in virtual reality, or even this pastor who offers baptism in VR. Spanish developers have even created Follow JC Go: the Catholic version of Pokémon Go! In short, we can say that VR transforms religion.

And it's not about to stop! Indeed, one of the industry leaders, HTC Vive, unveils a film designed to attract Christians into virtual reality. Produced by Vive Studios, the Taiwanese giant's film studio, ”” Depicts the seven miracles of Jesus Christ through a series of seven 10-minute short films. With a total running time of 70 minutes, this is the very first VR feature film. “

According to Joel Breton, Vice President of Vive Studio and executive producer of the film, the main objective of this project was to encourage a large community to take an interest in VR when she would not necessarily have done so in normal times. According to him, all it takes is for a person to try VR once to have a "good chance of trying it a second time".

Knowing that there are more than 2 billion Christians on Earth, this was the ideal audience to fill this role. Indeed, we can easily imagine the film presented at religious gatherings and other catechism courses.

The seven episodes of 7 Miracles will be available very soon on HTC Vive, HTC Vive Focus and most other virtual reality platforms. If the project meets the expected success with Christians, it is highly likely that Vive Studios will target another audience with another similar project.

Samsung bets on augmented reality with the SXR SDK ❯