If, and only if, Palmer Luckey bought HTC's Vive division 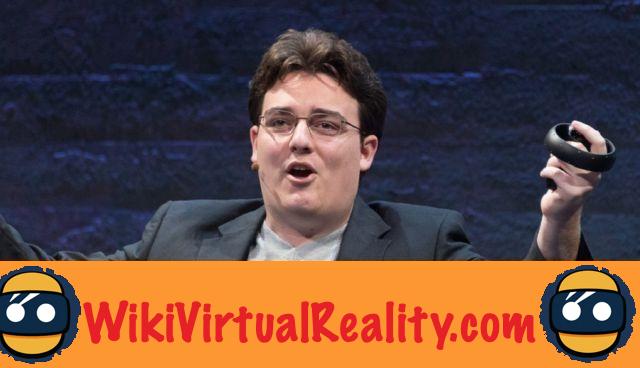 The rumors surrounding the sale of Vive, HTC's branch dedicated to virtual reality, have spread a lot in recent days. A man, famous figure in the virtual reality industry since it has existed, is already wondering about this potential takeover: Palmer Luckey, sulphurous father of the Oculus Rift.

"What do you guys think, do I have to buy Vive from HTC?" - Palmer Luckey on Reddit

In five years, the smartphone maker has seen its value reduced by three quarters. This is reason enough to consider selling some, if not all, of HTC. This last solution “is not an obvious choice for a single purchaser”, as explained to Bloomberg an anonymous source close to the file.

Yet if nothing is decided yet, a famous candidate has already made himself known, almost discreetly, on Reddit. It was Palmer Luckey, co-founder of Oculus, who posted on the Oculus and HTC Vive subreddit a question: "What do you guys think about that, do I have to buy Vive?"

With ifs, we bottle Paris

But even with a potential buyer, nothing says HTC is ready to sell its virtual reality division. The HTC Vive is considered one of the best performing virtual reality headsets on the market and that the release of a standalone HTC Vive is scheduled for soon. What has caused the brand to lose money for the past five years is the sale of smartphones.

Finally, if HTC decides to sell its virtual reality division, if Palmer Luckey decides to buy it and if the sale goes through, many questions will arise as to the future of the brand. Mainly at the level of a possible Vive Oculus merger, even Facebook. But, as the old saying goes, “with ifs, we bottle Paris”.

Gear 360 - Everything you need to know about the Samsung camera ❯

add a comment from If, and only if, Palmer Luckey bought HTC's Vive division