Ilysia VR: an MMO that hit Kickstarter in September 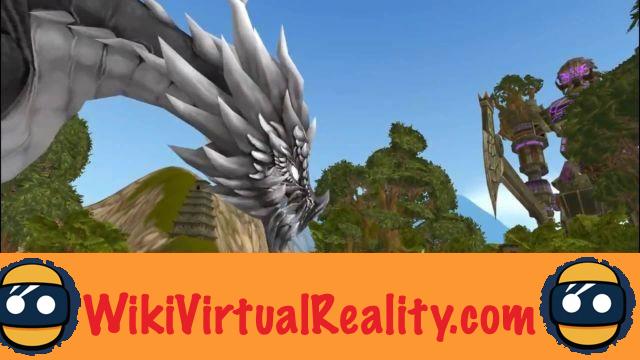 In the vein of Sword Art Online, Ilysia is a VR MMO landed on Kickstarter in early September announcing a modest budget of $ 60.

In any case, Team 21 Studio, developer of the title, has convinced gamers. Thus, the total collected during this crowdfunding campaign achieved double its target.

In fact, it's not easy to create an MMO for VR. Despite this, the Team 21 Studio teams are not lacking in ambition since they plan to release their game. on all major VR headsets.

Among these, we can cite PC VR headsets, but also Oculus Quest or the PlayStation VR. Release scheduled for 2021 for Kickstarter contributors according to the developers.

Check out the game's trailer:

Ilysia VR: what to expect from this MMO

Completed yesterday, October 4, the crowdfunding campaign enabled certain objectives to be unlocked. These include new breeds available for character creation, multiplayer mounts, a breeding system for pets and mounts as well as full body motion tracking.

If we still believe Team 21 Studio, we should expect to face many monsters, bosses or Megalithic Guardians and Titans. The studio adds that the fights between players will be completely optional.

Among the races available for release, there will be a number of humanoids: Humans, Elves and Dwarves. Animal breeds will be added in the future.

The Road to VR site specifies that there is no rigid filing system, players progress through the game's 24 skill trees. Thus, everyone can choose a weapon or an activity and level up thanks to this specific skill.


To learn more about Ilysia, you can visit this VR game's page on Kickstarter. But you can also have a gameplay preview in this video from youtubeur Matteo331:

With Soundself: At Technodelic enjoy the effects of LSD without taking any ❯

add a comment of Ilysia VR: an MMO that hit Kickstarter in September