Immersv: an advertising platform for virtual reality games and applications 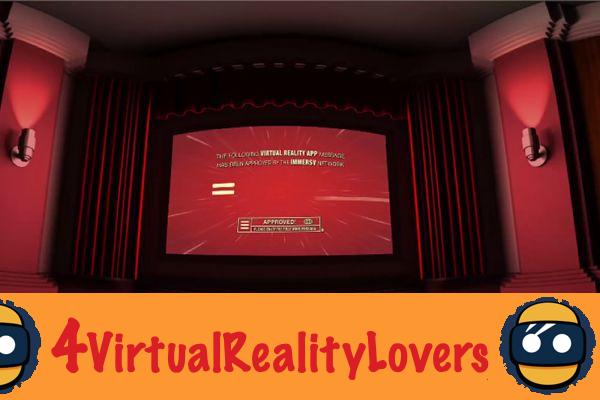 Free virtual reality games and applications flourish on Cardboard as well as on more advanced headsets such as the HTC Vive, Oculus Rift or even the PlayStation VR. However, until now, it has been difficult to find a remuneration system adapted to the VR format. This is precisely what the advertising platform for virtual reality, Immersv, offers. A solution that interests both developers and brands who can find here an original format among those offered and a greater commitment to the public.

With Immersv the number of free VR applications could explode

For developers, there are two ways to pay for their work with the apps or games they create. The first is simply to offer, against purchase, their production on one or more platforms and the second is to offer their game or application for free in the hope of advertising revenue. This second system, which has enabled the growth and development of a large number of websites, is now also widely applied with games and free applications on smartphones and tablets.

Virtual reality being a particular medium, it is quite difficult to place a relevant advertising medium there. However, this is the challenge that Immersv has taken up when it offers such control. With a capitalization of more than 10 million dollars provided by large companies such as HTC Vive, The Venture Reality Fund and other investors, Immersv could breathe new life into developers of free virtual reality games and applications. These could actually create much more ambitious applications.

Immersv benefits both developers and brands

Immersv is an ideal compensation solution for VR applications and games. The platform offers various tools such as a heat map which indicates to advertisers which areas have the best impact for a campaign and the potential it could have. This advertising-based model is the very basis of many websites as well as free mobile applications.

For advertisers, virtual reality is described as an excellent medium offering significant and innovative engagement.. The Immersv advertising agency offers different types of media for their campaign. It is thus possible to choose a campaign based on a 360-degree video or a 2D video inserted in a 3D setting or even a 2D video inserted in the application environment.. Renowned advertisers such as Nissan or Mountain Dew have already ordered such campaigns. To find out what Immersv offers, it's here.

add a comment of Immersv: an advertising platform for virtual reality games and applications