Incarna: we tested the cooperative adventure in virtual reality

If the phenomenon is only a few years old, it today difficult to stand out in the field of escapes games. If VR has been able to bring a breath of fresh air to the genre, the concept envisaged by Incarna should go even further. On March 16, the room offering a collaborative virtual reality adventure opens its doors. Rather than being satisfied with yet another “classic” experience, Incarna tries to stand out in its own way.

Incarna: the experience that combines virtual reality and role-playing

Unlike most rooms offering a virtual reality experience, Incarna's starts before you even put on a helmet. Indeed, we are not only talking about a game that can be enjoyed in an hour, but an adventure that extends to our country. Thus, as soon as the reservation is made (4 players and 35 euros per person), we receive a mysterious email. You should know that with Incarna, the roleplay starts directly on his computer, with puzzles to solve.

We learn that we are trying to enter an organization that has discovered a new world. To explore it, there is only one way: through virtual reality headsets. We finally find ourselves in a room where four zones are separated (one per player). The objective of the mission is to successfully complete a training session in less than 45 minutes, mixing action and puzzles (we will come back to this). 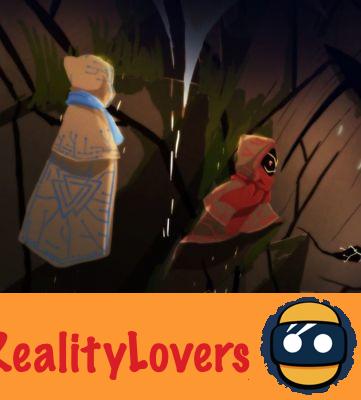 If there is anything to remember in particular, it's that Incarna requires some investment. Indeed, we are not talking about an experiment to be performed on the spot, but of a continuation before and after the session. To make the most of it, you have to get involved and follow the roleplay distilled by the emails and the animators. If you are interested in this kind of practice combining fiction and reality, that's perfect. On the other hand we will have more trouble to advise him to a group of friends just wanting to have a carefree moment. Finally, it will be noted that a episodic format should be installed, with new events and stories. A new idea that could bring a lot if it is well implemented. 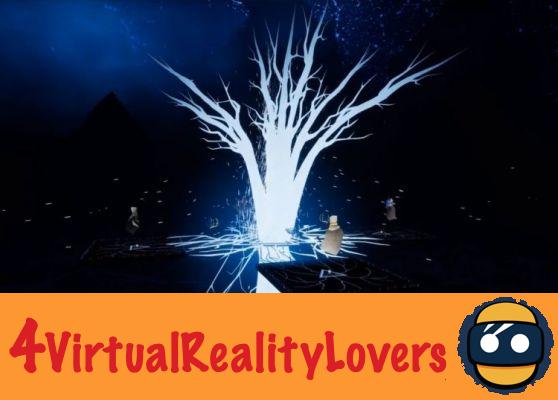 Despite all its perks, Incarna's heart remains the part that includes virtual reality. We find ourselves directly immersed in a world of artistic direction very pleasing to the eye. The characters and the sets have indeed a design that we remember well and in which we quickly immerse ourselves. We still regret a environment lacking a little diversity, especially considering the promises of the trailer. In the same way, it is a pity one only type of enemy is available and there are not one or two more. However, the representation of the characters has a real class. The reason is both in the design and in the reproduction of the player's movements.

On the gameplay side, the handling is very simple. Apart from the movements of our arms, the triggers are the only commands to remember. These allow you to catch objects or shoot with an archery, the only weapon in the game. If it is very effective, fatigue tends to be felt at the end of the game. Despite everything, we take a real pleasure in “pulling the rope” to see his arrow fly away. During the fights, it will be necessary to be reactive and precise, because enemies are present in number. It will be necessary to collaborate with all the participants to overcome it, otherwise you will die and end up in prison, from where only one of your partners can save you.

The cooperative dimension of the game takes on its full meaning with riddles. All can only be completed if all four players work together. At first glance, nothing complicated, but the communication is more complex than you might think. This is a very good point for Incarna, because if the tests are easy to understand, they still represent a challenge. We are therefore faced with a experience accessible to a large audience, but offering its share of challenges. 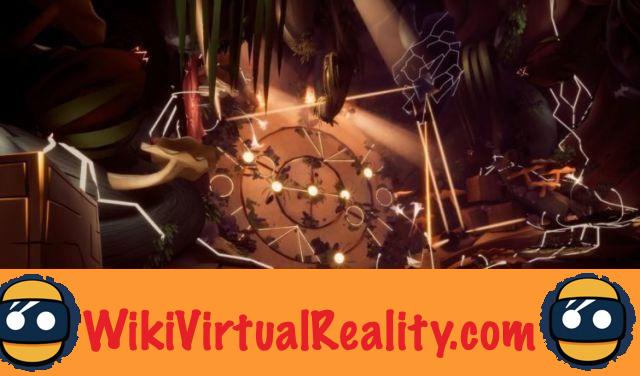 Incarna is already an experience at a time fun and offering a nice universe. If the enemies and the scenery lack diversity, we really have a good time. However better to expect invest a minimum in the game to enjoy it as it should. It should not be confused with a simple escape game in view of its ambitions. With a second episode in production and a story that continues through emails, better hang on. If we just want to spend some time with friends, the experience can be frustrating. If, on the contrary, we seek to dive into a new universe, Incarna could well become a real benchmark in the future.

add a comment of Incarna: we tested the cooperative adventure in virtual reality