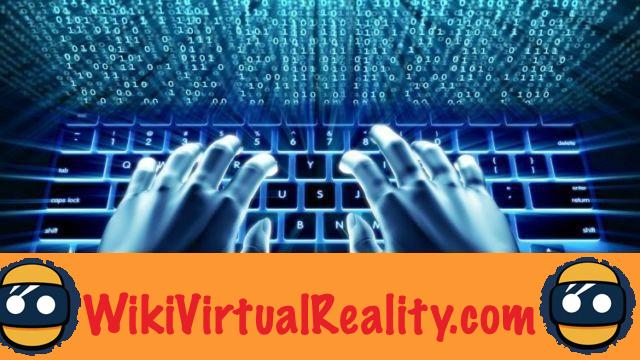 Many of us browse the internet through a laptop screen, surrounded by objects lying around, food scraps and cables tangled in the dim light of a sweaty bedroom. With a virtual reality headset, it is possible to view the web on a huge virtual screen with dimensions equivalent to those of a cinema screen, with nothing around. In addition, the information can be displayed in a new way. Web designers will be able to give free rein to their imagination to invent the web of tomorrow.

Internet VR: what if the Internet became a virtual world? 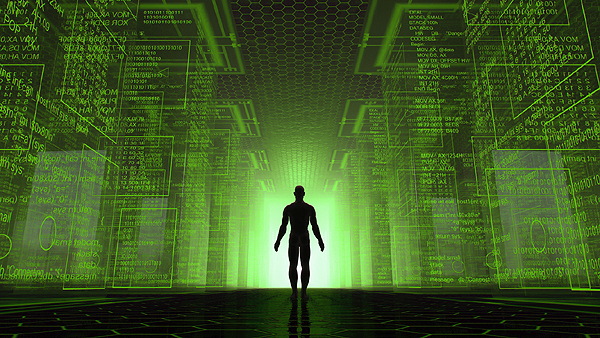 Since its creation, The Internet takes the form of a two-dimensional interface, mainly grouping together text, images and videos. However, in the near future, thanks to virtual reality, the Internet could become a real virtual world. Users could evolve in the form of avatars, like in a video game, and websites would become places materialized in 3D. Such a concept is reminiscent of the Matrix saga, in which our reality turns out to be a computer simulation. Likewise, we can cite the Second Life game, in which some online merchants have made a fortune by opening a physical store in the virtual world.


This Internet VR would offer many possibilities. Rather than letting the information pass before their eyes, Internet users would have the opportunity to live an immersive experience, to share their own experiences in real time, to communicate as in real life or to feel sensory stimulation. Of course, many people would probably be resistant to such a transformation of the web. It is not difficult to perceive the negative aspects. While many people already spend too much time on the web, some would probably lose track of reality and get stuck in this virtual world. However, as long as this immersive browsing experience remains a simple option, without replacing the traditional web, this problem seems secondary. 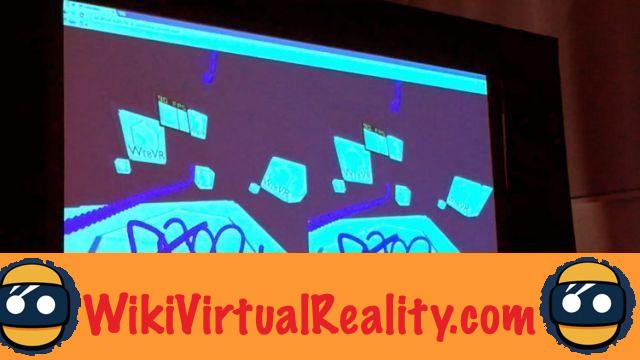 Created by Google, WebVR is a standard for experiencing virtual reality from any browser. The goal of this project is to allow everyone to embark on virtual reality experiences with any VR headset, from a simple Cardboard to HTC Vive to Windows Mixed Reality devices. Concretely, it is a Javascript API allowing developers to create VR applications accessible from all browsers.

Il this is a very interesting option for developers, because WebVR offers more visibility than any virtual reality platform. For the moment, WebVR includes very simple games, such as a table tennis simulator, or even visual applications without the possibility of interaction. It is likely that the platform will improve over time and offer more and more sophisticated applications. Oculus also supports this initiative with its Carmel VR browser, currently available as a developer preview.

In 2017, the WebVR API was implemented to browsers Mozilla Firefox, Microsoft Edge, and Oculus and Samsung Internet for Gear VR. The A-Frame and ReactVR VR frameworks have gained massive popularity. Tools like PlayCanvas, Vizor, WebVR Studio and Sketchfab have been launched for developers. Suffice to say that virtual reality on the web is on the rise. 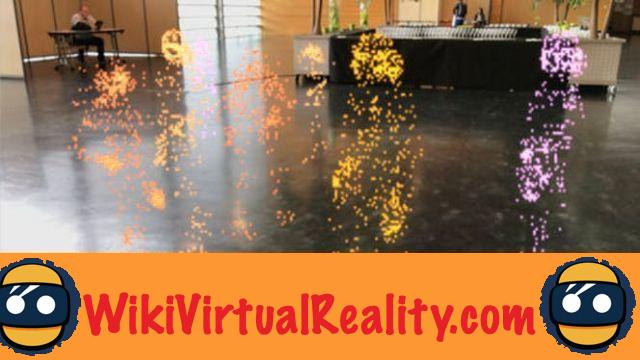 Between VR headsets, AR headsets like the Meta 2, mobile frameworks like Google ARCore and Apple ARKit, or standalone AR headsets like the Microsoft Hololens, the market is far too fragmented. This WebXR API aims to resolve this issue. As a first step, the organization wants to ensure that all devices, frameworks and development tools can work together so that developers can use many different methods to deliver immersive experiences on the web. An iOS WebXR Viewer application for viewing experiences created with WebXR has also been launched.

Google Chrome wants to integrate augmented reality on the web

In January 2018, Google unveiled its experimental project to integrate augmented reality features into the Chrome web browser for mobile and desktop. This would allow designers, media and other creatives to create virtual objects in 3D and integrate them directly into websites. These objects could also be downloaded on mobile to allow users to overlay them on their real environment. The latter are thus able to observe a 3D model from all angles by turning around in their living room, for example.

Augmented reality on the web could be used in many fields, ranging from from education to entertainment. For example, by simply loading the Wikipedia page on Man's First Steps on the Moon, it would be possible to make a 3D model of an astronaut appear in the classroom. Web AR could also be a great tool for whistleblowers, who could create engaging advertising in augmented reality and integrate them directly into websites.

Il There are already many virtual reality web browsers. These browsers allow you to surf the internet through a VR headset. They are designed and optimized for this use, and offer an interface adapted to virtual reality.

Unlike VR web browsers like Samsung Internet or Oculus Browser, SuperMedium does not seek to offer users to browse the traditional web in virtual reality. This browser allows above all to navigate between the different 3D experiences created with WebVR.

The main advantage of virtual reality on the web is that you can launch applications without having to download them. Thus, this browser fully exploits this advantage by allowing users to launch virtual reality experiences with a single click. SuperMedium is currently only compatible with Oculus Rift and HTC Vive, but Windows Mixed Reality compatibility may be added later. 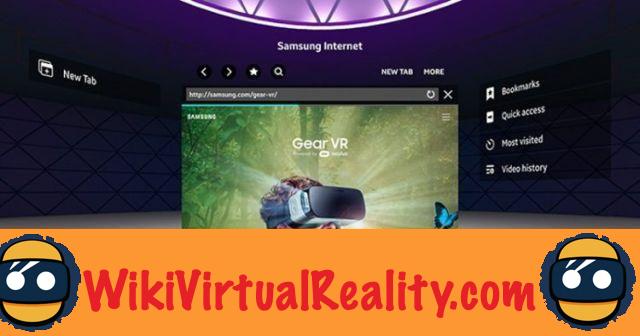 The Samsung Gear VR is mainly used for playing VR video games and watching movies. However, the device can also browse the internet VR, and Samsung has developed a browser designed for this purpose called Samsung Internet for Gear VR. This application allows you to browse the web in a comfortable way. In particular, it allows you to access YouTube or Facebook to view 3D content at 360 degrees or quite simply to consult 2D sites on a giant virtual screen. It is possible to import bookmarks and manage multiple tabs. Voice recognition is integrated, as is a Gaze Mode allowing you to control the browser by looking at it. 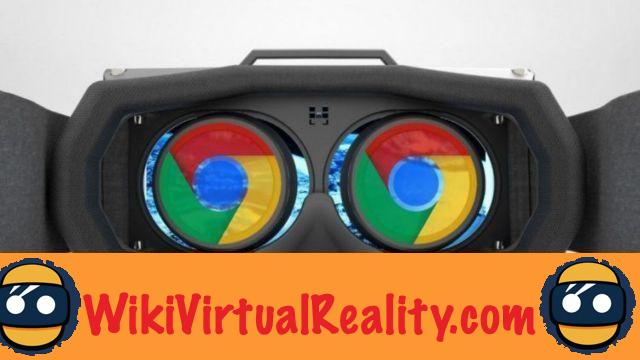 As of September 2017 and update 61, the browser Google Chrome is compatible with virtual reality. Users can now browse traditional 2D websites with their VR headset, and view 3D content created with WebVR or WebXR. Unfortunately, this compatibility is reserved for Google Daydream VR headsets. However, for the moment, no Daydream helmet is available in France. 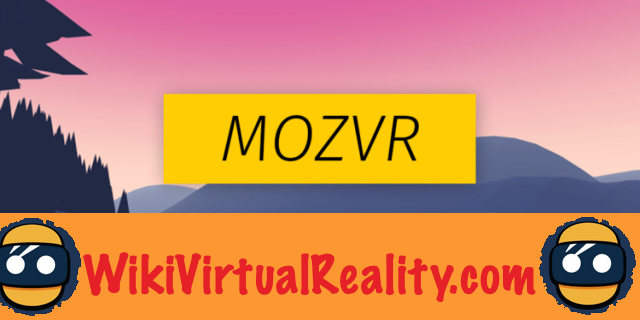 MozVR is a VR internet browser compatible with Firefox and Chromium. It allows you to navigate in virtual reality on Oculus Rift. It is presented as an add-on for the two browsers in question, and allows access to the Mozilla VR content portal in the form of a 3D gallery. For now, however, this content is very limited but offers a glimpse of what VR experiences could be like on the web. Most of these experiences can be viewed using a Cardboard headset.

JanusVR, the browser that turns the internet into a virtual world 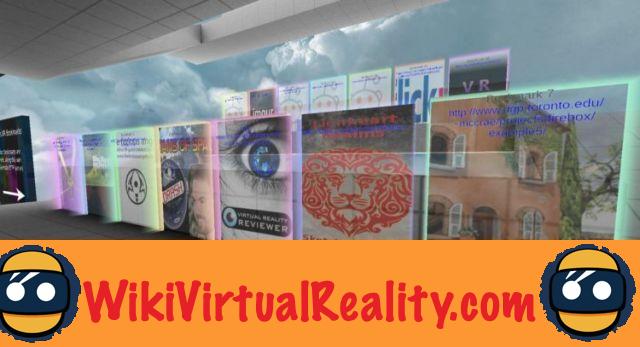 JanusVR offers to experience the web in an immersive way. On this VR internet browser, links are portals, and pages are rooms. This content can be explored with others, alongside the avatars of other users. The images are arranged within these dynamically generated environments, which can be edited directly from the application. 3D content can be added using HTML tags. For now, the experience is still far from visually impressive, but offers a glimpse of what the internet VR of the future could be. 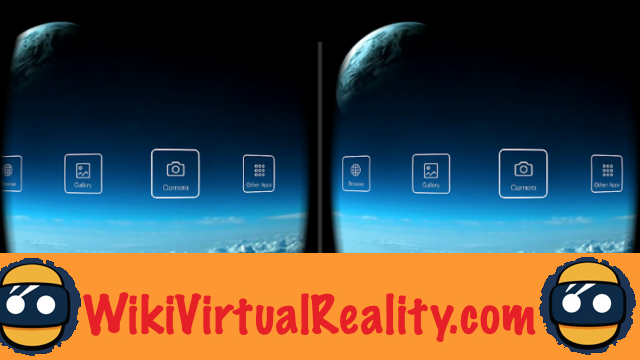 Si you don't have a Samsung Gear VR, the 3D FullDive VR browser is presented as an alternative to Samsung Internet for Gear VR. The standard version of this application allows you to browse the internet in a virtual reality environment, and enter text using a virtual keyboard or voice commands. The full version offers more features, but nothing really essential. 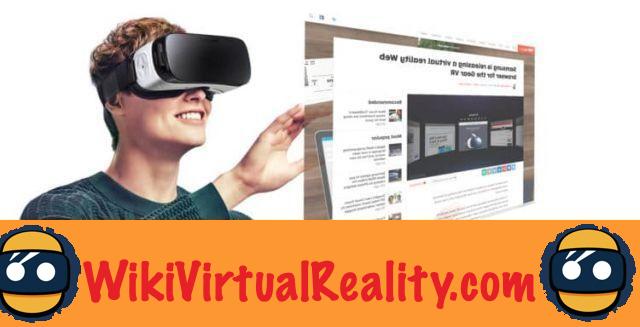 Oculus Brower is the Oculus web browser for the Samsugn Gear VR. It is designed to provide optimal web browsing experience in virtual reality. The texts, images, videos of 2D websites benefit from enhanced precision for better comfort. In addition, performance is optimized to allow the user to consult the 3D content created with WebVR in the best possible conditions. 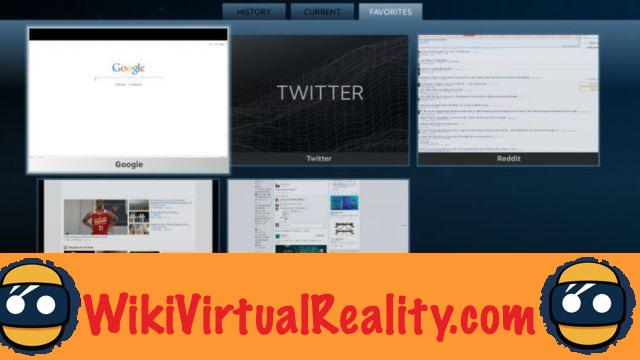 In addition to a large catalog of virtual reality games, SteamVR also offers a quality 3D VR internet browser. This browser is directly accessible from the application library using HTC Vive. It allows you to display any web content or watch videos, and supports Adobe Flash. Its main quality is the ease with which it allows you to switch from a video game to the Internet without having to close applications.

What are the differences between augmented, virtual and mixed reality? ❯