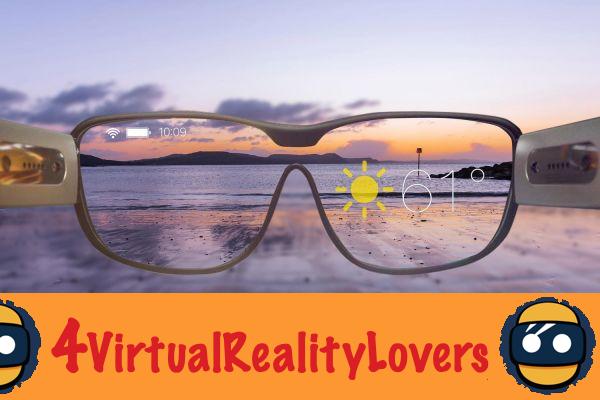 At the beginning of September 2019, a developer discovered clues concerning Apple's future “Garta” augmented reality headset in the code of iOS 13. Today, another developer nicknamed xSnow reveals to have found new references to the future product in the beta 3 of iOS 13.1.

First of all, xSnow discovered a “StarTester” mode allowing to display the applications intended for AR headsets in stereoscopic view. This mode is part of the “StarBoard” system recently discovered in iOS and acting as a system interface for augmented reality applications. The developer was able to launch his own app on StarTester, and posted the capture on Twitter.

In parallel, xSnow has also discovered references to three different augmented reality devices with the code names Franc, Luck and Garta. These three helmets would offer a respective field of vision of 61 °, 58 ° and 68 °. The Garta would therefore offer a field of vision greater than that of the Microsoft HoloLens or even the Magic Leap One.

The files would also include 3D models of the screens of these different devices. The iOS 13.1 beta 3 code also refers to the HoloKit: an AR headset in the tradition of the Google Cardboard, which could be used by Apple for software prototyping purposes until the end device is mature enough for prototypes to be distributed internally.

Now, faced with all these references included in the code of the Apple OS, it seems certain that the Apple is indeed preparing an augmented reality headset. However, we do not know when this product will be marketed ...

The Limit: a VR series from the director of Machete with Michelle Rodríguez ❯

add a comment of IOS 13.1 code reveals 3 Apple AR headsets and their features