Iris Dynamics' portable Oculus Rift gets into VR in 60 seconds 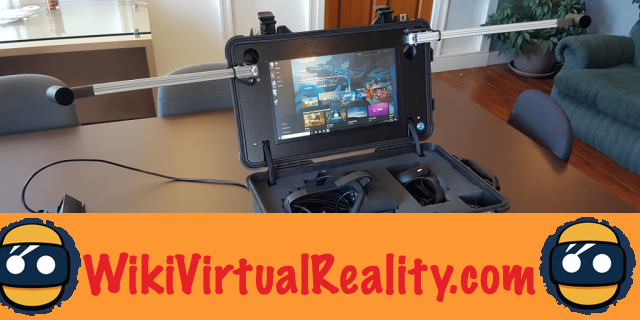 S 'immersing in virtual reality can be a painful and tedious process. If you do not have the space to leave your VR headset and its various sensors in the middle of your living room, it will be necessary to start the installation again for each new use. This is one of the reasons many headsets end up collecting dust on a shelf. This is also a problem for people who want to transport their devices to have friends try them out or for company demonstrations, for example.

To remedy this problem, the Canadian company Iris Dynamics is now offering its solution: a system Portable Oculus Rift allowing you to immerse yourself in virtual reality in less than 60 seconds.

An Oculus Rift with PC, sensors, screen and controllers embedded in a suitcase 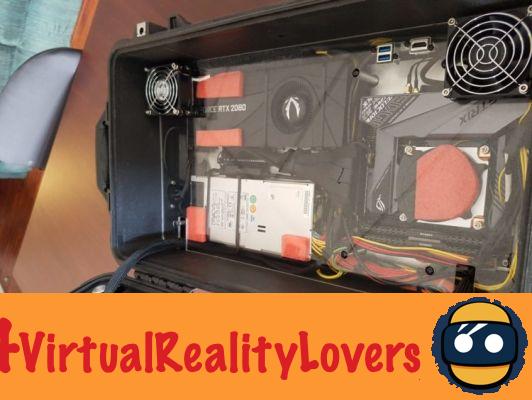 Le device is in the form of a suitcase, in which are stored the Oculus Rift, its Touch controllers, a powerful VR-Ready PC and a touch screen. Oculus Sensors motion sensors, on the other hand, are integrated into retractable arms. Thus, one minute is enough to deploy the suitcase and launch the Oculus Rift.

The main components are connected to an aluminum tray through a gel to conduct heat and mitigate impacts. This tray is also protected by a foam capable of absorbing impacts. The device is designed to dissipate heat efficiently, while an adjustable speed fan provides cooling.

Iris Dynamics will present its device as part of the Sea Air Space exhibition, which will take place in Washington DC from May 6, 2019. If you dream of such a system, know that unfortunately it is not intended for individuals. Iris Dynamics is a company specializing in force feedback hardware for VR training and VR theme parks. In fact, this portable Oculus Rift will never be offered to the general public.


This is an installation designed for companies offering virtual reality training, to allow them to transport and deploy their equipment more easily and quickly. However, with the upcoming arrival on the market of the Oculus Rift S, which offers a tracking system without external sensors, such products should be easier to design. We can therefore expect that other companies will offer similar solutions for the general public In the coming months…

Facebook wants to replace your workplace with virtual reality ❯