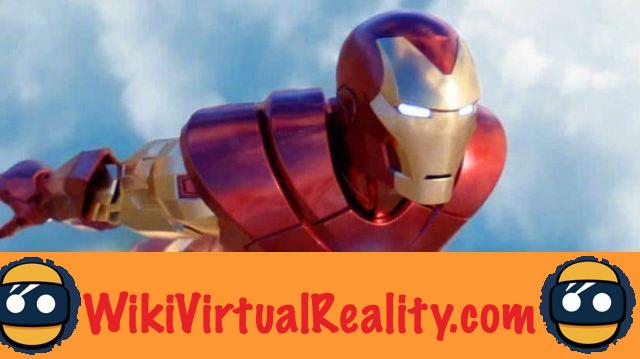 While the game will be released on PSVR this Friday, July 3, Iron Man VR wants to convince you one last time to spend your summer in his world with a breathtaking trailer.

Posted by developer Camouflaj, the video reveals a full action gameplay, without neglecting the narrative side. In fact, with a release postponed several times, we already know almost everything about the title. Indeed, the first testers have been able to try it since last year. And the feedback was more than encouraging with a unanimously positive verdict from the community. For good reason, a innovative flight mechanism which literally puts you in the shoes of the charismatic Avenger.

This latest trailer lifts the veil a little more on the title. Once again, we discover Tony Stark caught up with his old life as a gunmaker. To overcome an enigmatic enemy, the billionaire playboy will have to use all the features of his hi-tech armor.

In fact, fans of the Marvel character should enjoy trying out his various gadgets. They will also revel in appearances of other known heads, such as Nick Fury. But Iron Man VR should also appeal to the average gamer with dynamic flight sequences, all in a visually rich universe.

To help you prepare for the release, Camouflaj shared a lot of information last week about the gameplay and storyline of the game. In fact, this information also puts the footage shown in this latest video into context.

In any case, as this trailer reminds us, Iron Man VR will be released tomorrow, July 3, 2020, on disc or for download. The standard version will be purchased at the price of 40 euros when the Deluxe Edition will cost a whopping 50 euros. The latter includes, among other things, skins for the hero's armor as well as the complete soundtrack of the game.