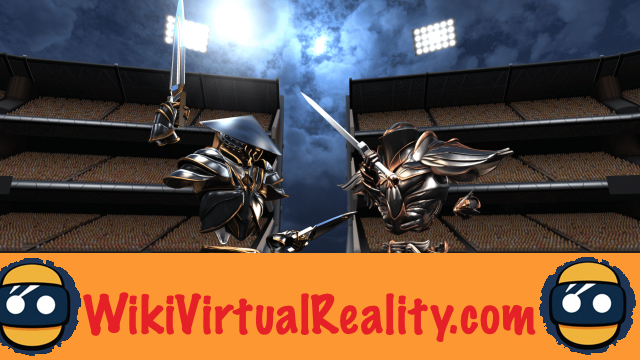 Fighting games sometimes have trouble adapting to virtual reality. Whether it is the weight of your weapons or your movements against the opponent. However, Ironlights addresses some of these difficulties.

The game is of course not 100% perfect, but it finds its solution, its approach, which is particularly effective at a time of giving us a feeling of particularly advanced immersion for this type of melee combat game. .

We had already told you about Ironlights several times of course because this game quickly turned out to be a very good surprise. It offers a multiplayer version online, but also in LAN. The most attractive in what it offers it is probably that it is still only a game in beta version whereas it seems particularly successful. You might as well tell you right away, at first glance, it often takes a little time to adapt since the mechanics are not the same as those you have to get used to. First of all because the game takes place in slow-motion and you will also have to get used to it.

If this may sound surprising, the result is ultimately more immersive than a classic movement would be. Also, with each fight, your weapon disappears and you will have to “take” another one behind your back. While the concept may sound strange, you will quickly learn to like it. Above all, the fact that your weapon explodes on impact removes the need for haptic feedback. The beta version of Ironlights is to be tested urgently. The final version will be released in spring 2020 on PC VR headsets and the Oculus Quest.

Pokémon Go: all you need to know about Legendary Lunch Time

Add a comment from Ironlights, arguably the best of virtual reality melee game