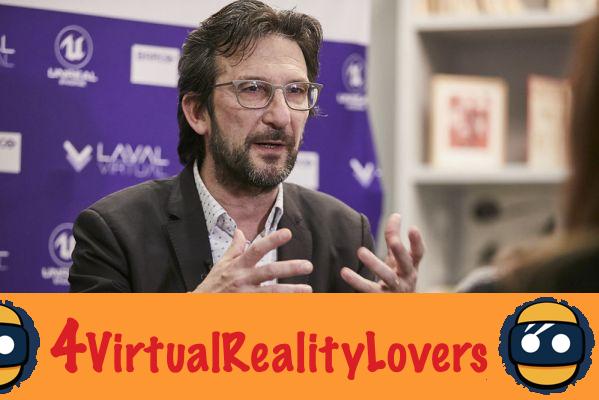 The VR Days 2019 took place in Amsterdam from November 13 to 15, for a particularly successful fifth edition. This event celebrated the first "Lustrum" of virtual reality : a five-year cycle that began with the first edition of the show in 2014, also coinciding with the acquisition of Oculus by Facebook. In this context, we asked Laurent Chrétien, General Manager of Laval Virtual, about his vision for the end of this cycle ...

It's been now four years since we know each other, when they came to Laval Virtual and we decided to cooperate together on the co-animation of our respective conference cycles for 2017 and 2018. For 2019, we jointly decided to go further.

Suddenly, Laval Virtual's involvement in the organization of VR Days this year has gone beyond the stage of conferences. Our team took care of the entire conference cycle that takes place during the exhibition at the Kromhouthal, and our teams participated very actively in the marketing of the exhibition.

The objective of the event, here in Amsterdam for 5 years, is to try to bring together the VR / AR community, both the makers and the users with maybe here a connotation more "content" than in Laval where we are more “techno” oriented. The two events therefore complement each other quite well.

As with Laval Virtual, the goal is also to promote the city of Laval. It is also an excellent way to capitalize on our relational networks, our experiences and to make each other progress. 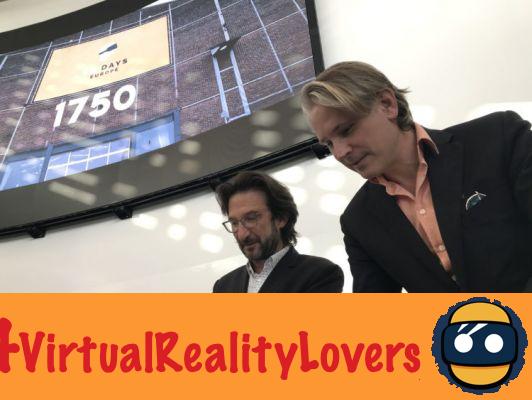 There are not a lot of changes. The investor forum part which was previously on the expo site is now taking place at the DeLaMar Theater at the same time as the conference and I think it is much better, as there are more investors at the conference than at the exhibition.


There is also an increase in the number of lectures at the exhibition venue tomorrow, and above all a 30% growth in the number of exhibitors. If we maintain this growth rate for three or four years, the VR Days will reach the level of Laval Virtual.

However, do not always try to increase the size of events. Otherwise, we risk losing the soul. This is the choice we made in Laval and that we will surely make here in Amsterdam for the VR Days.

Spontaneously I would say no, it's more of a continuity, but indeed we may be at the end of the introduction. Glasses and headsets are reaching a certain maturity, ecosystems of players who produce quality content in Europe are being built, there is no longer any stake on the ability to build things.

On the other hand there are still issues on economic models, in particular on the “content” part. The other thing that's going to happen in the months or years to come is that virtual reality will fade in terms of "obvious" technology to mix with artificial intelligence, blockchain, robotics, the Internet of Things, etc.

Yes, I think we had to make sacrifices in the sense of abnegation, in the sense of faith in technology, in the sense of investment. Sacrifices of time, finances, energy. What we are doing at Laval Virtual is an example of this: communities have carried an event at arm's length for almost 15 years without it being absolutely profitable.

And then gradually, the market started to develop, to explode and allowed the growth we know at Laval Virtual and that we try to share with the actors like the VR Days that we appreciate.

Let's go. Slower than the builders would like, but here we go. Deployments to the general public and to businesses are still limited, but they are continuing. These are also for me ESNs such as Capgemini or Accenture which will be able to deploy massively in companies.

Other factors are interesting for democratization such as standardization. For example, the Khronos Group is working on this with its OpenXR standard. Soon it will be possible to use any content with any mask and it's going to do the industry a lot of good.

There are still brakes for the general public, such as the isolation conferred by the mask which constitutes a very strong psychological brake. To remedy this, social, collaborative games and general public services, with the deployment of 5G and VR / AR Clouds, will help break this brake.

We're not there yet. Within 10 to 15 years, we can expect the VR headset to be as used as the smartphone by everyone. A natural habituation will take place in business and pass to the general public. 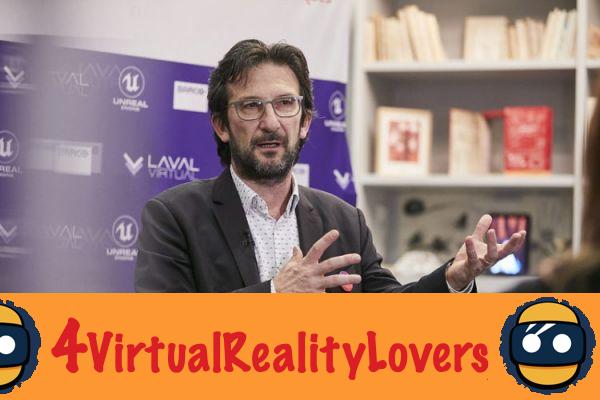 However, in business, augmented reality actually has much more potential than virtual reality. It does not meet the same uses, even if the real-time content is the same, the application cases are not the same.

For example, for training, augmented reality will allow simple and massive training, while virtual reality allows more complex, but individual training. For the general public, on the other hand, the two technologies should benefit from strong development.

Here at VR Days, augmented reality is less present, because it is a historically VR oriented event and more about content. However, this should gradually hybridize.

In your opinion, can France be one of the leaders in the VR industry?

La France, alongside the United States and Japan, is one of the pioneers of virtual reality. Regardless of the technology, however, we have rarely been hardware pros. We have therefore let hardware startups slip a bit, even if we regularly have some who try their luck and which, I hope, will succeed in standing out.

On the software side, we have some great successes. However, it is especially on the application side that we are very strong and that we have a big role to play. We are imaginative and we know how to develop correctly. This represents a true El Dorado, because we have only explored the surface of what is possible to do with virtual reality.

On tries to help startups on the modest scale of Laval Virtual, through our international events or by working with Business France on international market development programs. VR Days and Laval Virtual Asia also participate in this process of helping French startups to export, to meet new markets.

Downstream, the Laval Virtual Center is a great acceleration tool for startups if they wish. We are able to save them a lot of time in their markets and in technologies because we have a lot of material on this, a lot of experience and strong engineers.

What future for virtual reality? Next year and beyond?

It all depends on what horizon we are looking at. In the short and medium term, we can expect a massive deployment very soon. It is taking, we can see it at different scales: in a territory like ours where more and more SMEs are working with these tools, and then we are starting to feel it with the ESNs who consult us more and more. more to support their customers, help them and inspire them to develop massive use cases.

Subsequently, there will likely be a convergence between virtual reality glasses and augmented reality glasses, with the ability to go from real to virtual instantly. However, I think that the outcome, in 50 years or even 100 years, will be that we will no longer need a device and that we will immerse ourselves in the virtual via a direct connection to the brain...