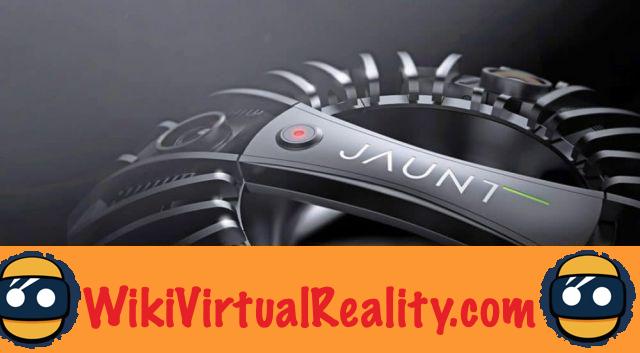 Founded in 2013 in Palo Alto, California, Jaunt is a pioneer in cinematic virtual reality. In April 2015, the firm launched its Jaunt Studios division dedicated to shooting virtual reality films. In June 2015, she unveiled the 360 ​​”ONE“ camera. This is the very first camera dedicated to creating cinematic VR experiences.

On October 15, 2018, however, in a context where the virtual reality market is struggling to take off, Jaunt announces sad news. In order to continue its growth, the firm made the “difficult decision” to radically change direction. She made the choice completely abandon virtual reality, to focus on augmented reality and its mixed reality capture technology.

Jaunt VR restructures and separates from a large number of employees

This turnaround is accompanied by a restructuring of the company. Of many employees were made redundant, and Jaunt says she is saddened to have to part ways with some of the industry's top talent. Additionally, most of its virtual reality products and services are going to be phased out in the coming weeks.

Cette decision follows replacement of CEO by George Kliavkoff by Mitzi Reaugh, previously Vice President of Global Business Development and Strategy, on October 1, 2018. The company specifies that it will continue to develop new innovative software thanks to a team of engineers based in San Mateo and its new Chicago-based engineering team.


This major change of direction made by Jaunt highlights a fundamental problem that concerns the entire VR industry. This technology fails to convince the general public as much as it needs to be profitable, and many companies are relying more on augmented reality. This is particularly the case with Apple, whose CEO Tim Cook has been saying for a long time that he believes more in AR than in VR.

However, we can hope that virtual reality will democratize over the course of technological developments. For example, Facebook is convinced that its new wireless headset Oculus Quest, cheaper and easier to use, will significantly increase sales of VR headsets.

Flight Simulator 2020 VR: all you need to know about Microsoft's game ❯

add a comment of Jaunt: 360 video giant abandons VR for AR, many layoffs