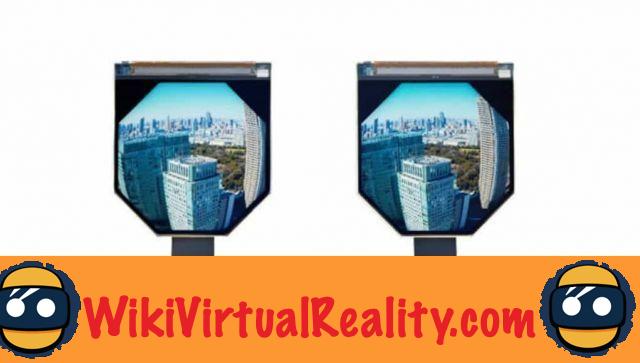 The conglomerate Japan Display Inc (JDI) created by Sony, Toshiba and Hitachi, is determined to allow VR headsets to become more compact. The firm announces the launch of mass production of its revolutionary LCD screen designed for virtual reality “glasses”.

This panel 2,1 inch Low Temperature Polysilicon (LTPS) TFT-LCD offers a pixel density of 1058 ppi. Square format, it offers a resolution of 1600 × 1600. Its frequency is 120Hz, and its reaction time is 4,5 milliseconds. Its brightness reaches 430 nits.

In comparison, the Oculus Quest, the Oculus Rift, the HTC Vive / Vive Pro and the HTC Vive Cosmos have two screens with a diagonal of between 3,4 and 3,6 inches. Until now, the most compact VR headset on the market was the HP Reverb with its two 2,96-inch screens.

This 2,1-inch screen represents a new direction for the industry. Knowing that Sony is one of the founders of the JDI conglomerate, it is possible that the future PSVR 2 will embed this screen to offer a miniaturized format.

Even though mass production is just about to begin, several helmets featuring it have already been unveiled. This is particularly the case of the prototype of VR glasses unveiled by Pico at CES, but also that of the first French autonomous headset: the LYNX R-1 recently presented at the SPIE Photonics West in San Francisco.

In the future, it is likely that other manufacturers will look to this LCD display to be able to produce more compact VR / AR headsets. These devices currently have the drawback of having to be connected to a smartphone or a mini-PC. However, they are obviously more comfortable and are therefore a priori more attractive to the general public...