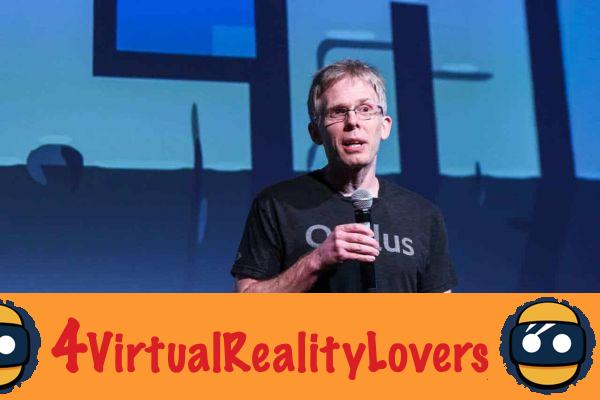 There is no doubt : John Carmack is one of the leading figures of modern virtual reality. Known in the video game industry as the creator of classics such as Doom and Quake, it was he who allowed Oculus to present its Rift at E3. Without him, Palmer Luckey's project might have remained confidential.

John Carmack also played a major role in the creation of the Gear VR mobile VR headset produced by Oculus and Samsung. He is also known for his extremely technical keynotes at each Oculus Connect conference, during which he discusses the future of virtual reality.

In 2013, Carmack left id Software to become Oculus' CTO. However, seven years later, it seems that this genius programmer has decided to sail to new horizons ...

John Carmack steps down as CTO at Oculus

A few days ago, at the VR Awards, the man was awarded an award aimed at saluting his entire career. This crowning would have had the effect of an electric shock ?

In reaction to this award ceremony, he then declared that he was not satisfied by the pace at which virtual reality is evolving. Now, John Carmack just announced on his Facebook account that he is stepping down as CTO at Oculus.

According to his own words, he now wants to focus on artificial intelligence "before you get too old". Despite everything, he will continue to work on certain VR projects with Facebook, and will keep the role of “CTO consultant” at Oculus. Nevertheless, he believes that VR "will only consume a small part of his time" while AI will be his new priority ...