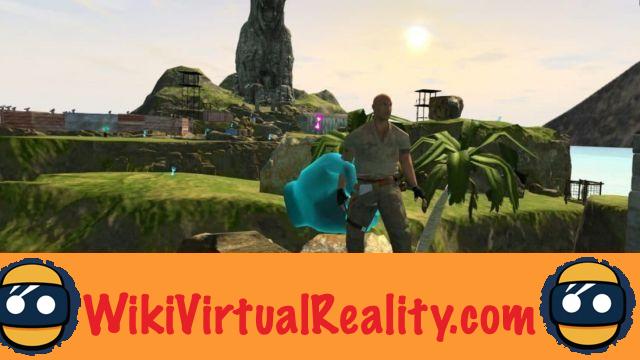 Jumanji. If you were born in the 90s or shortly before, these three syllables probably marked your childhood. Adapted from a book by

In December 2017, a new film titled with Dwayne Johnson was released in theaters. This time the Jumanji takes the form of an old video game console, not a board game. In order to promote this sequel, two VR experiences were launched. The first Jumanji VR experience is offered on Facebook, while the second was presented exclusively at VRX kiosks in the UK and US.

Developed by Sony in partnership with the studio MWM Immersive (formerly Reality One), this virtual reality game offers the player to embody a miniature version of Dr. Bravestone (played by The Rock) in the Jumanji jungle. The player must overcome various obstacles to save the other characters in the film. A countdown is ticking, and the player must hasten to return the Eye of the Jaguar to the top of their statue before it's too late.

Jumanji VR will be offered on Oculus Rift, PSVR and in Survios arcades 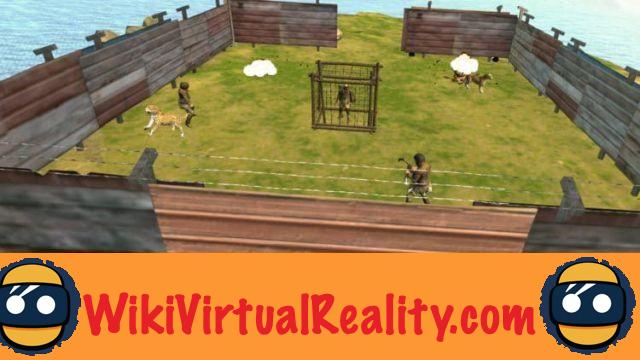 Since January 18, 2018, Jumanji: The VR Adventure is also available on SteamVR for HTC Vive users, for the sum of 4,99 euros. Unfortunately, the app is not very convincing from an aesthetic point of view. The graphics leave much to be desired, especially for a game produced by a company of Sony's stature.

Regardless, this VR game will also be available on Oculus Rift and PlayStation VR by the end of the month. At the same time, Sony Pictures Virtual Reality has just announced a partnership with Survios, the developer of the VR game. As part of the alliance, Survios will bring Jumanji: The VR Adventures to arcades in its new network, which spans more than 36 countries on six continents. The objective is to reach a larger audience, especially in Asia.