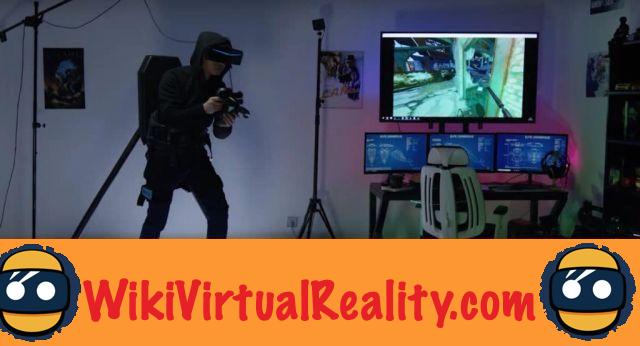 Seeing the movie Ready Player One, released in theaters on March 28, 2018, many VR fans imagined themselves diving into VR with the same VR accessories as the main character. Wireless VR headset, suits and gloves with haptic feedback… the blockbuster directed by Steven Spielberg describes the future of virtual reality. A future that is not so far off as one might think.

Since 2015, the Chinese company Kat VR has been marketing the KAT Walk VR, a treadmill comparable to those used by the characters of Ready Player One during their immersions in the virtual world of OASIS. This device makes it possible to walk (or run) on the spot in order to move around virtual reality in a realistic way. Only downside: this installation is very cumbersome and is therefore reserved for people who have a large free space to devote to VR.

At the end of March 2018, Kat VR created a surprise by announcing a miniature version of its conveyor belt: the Kat Walk Mini. Much smaller and lighter than the 2015 model, this new version is also distinguished by several technological improvements. 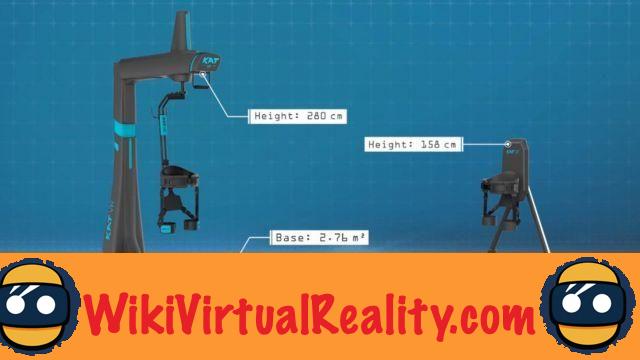 The Kat Walk Mini thus embeds laser sensors to reduce latency and improve foot tracking. Its bar system has been redesigned to rotate in place as the user turns their body in the direction of their choice. The base of the mat now also incorporates a material to absorb shocks.


Thanks to the low friction shoes, the treadmill allows simulate walking, running, and even allows the user to squat or sit simultaneously in VR and the real world. The Kat Walk Mini is compatible with SteamVR VR headsets (Oculus Rift, HTC Vive, Windows Mixed Reality) and with the PlayStation VR. 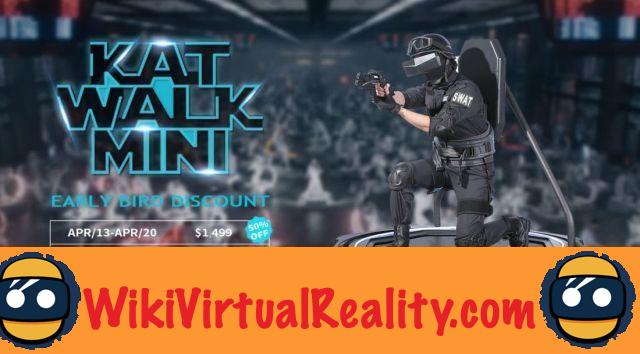 Kat VR had originally planned to launch a new Kickstarter campaign to fund its Kat Walk Mini, as it did for the original model, but has finally decided to cancel the use of crowdfunding following a partnership with an investor.

Following this turnaround, the pre-order prices just posted on the Kat VR official website. Unfortunately for those who were hoping that this mini rug would be priced at a mini price, this clearly is not the case.

First-time buyers can pre-order the treadmill today for the tidy sum of 1500 dollars. Thereafter, the price will increase weekly to the tune of $ 200 to $ 500. As of May 8, 2018, it will be billed at $ 2500. As a reminder, the first Kat Walk was priced between $ 400 and $ 650 on Kickstarter for Early Birds, but the suggested retail price is much higher. It is necessary to contact Kat VR directly to know its price.