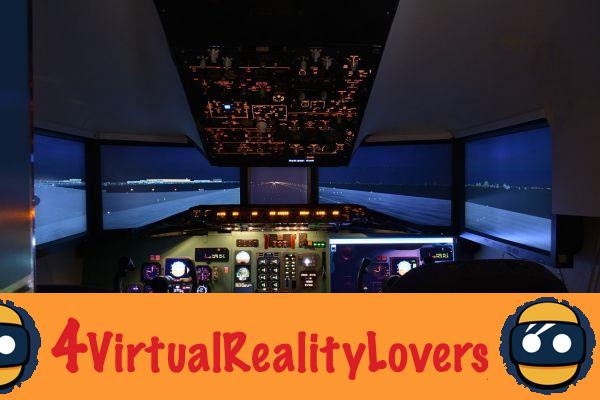 It was great news when Asobo Studio revealed last July that the new version of Microsoft Flight Simulator reportedly supports VR. But it was slightly surprising that the HP Reverb G2 was the only compatible device initially. Fortunately, for the launch this December, the studio has confirmed that all VR headsets on PC will be fully supported.

An update confirmed in December for VR on Microsoft Flight Simulator

The Microsoft Flight Simulator team conducted a live interview with the developers on November 30 regarding this move to VR. It was during this meeting that Martial Bossard, executive producer of Asobo Studio, confirmed the upcoming update. “We're going to open up VR for everyone,” he said. “It will also be open to all devices, the Oculus family, the Valve family, every headset family is supported there. "

Jorg Neumann, director of Microsoft Flight Simulator, went on to say, “The feedback has been so positive [since the closed beta] that we think we are ready to release it before the holiday season. The addition of VR will therefore be part of the second update of the flight simulator. She will of course free and scheduled for an official launch on 22 December.

Microsoft Flight Simulator: adaptation of the full interface in VR

Further details regarding the VR implementation will be revealed in a series of findings released on December 17. Indeed, Bossard mentioned in the questions and answers that the VR of Microsoft Flight Simulator will not be limited to the main simulator. All menus will also be an integral part of this VR version.


The studio understood that it was not practical to remove the headphones to explore the software options. Indeed, alpha players have had to take off their headsets many times just to navigate these interfaces. As the roadmap indicates, studio Asobo has a lot in store as they recently released a Global Update for the US and another for the UK in January.

Since its launch in August, Microsoft Flight Simulator has already seen a lot of additional content. This was possible thanks to a large community of third-party developers.

According to statistics published by the latter, the simulator currently has 214 airports, 48 ​​of which will be announced soon. In addition, 118 others are under development. On the aircraft side, 9 have been put into service and 56 more are under construction.

Some mods created by third-party developers allowed improve the realism of the game by adding a system that manages the climate in real time. The simulator's graphics have also been enhanced with mods that alter the overall texture of the environment. Suffice to say that the addition of VR in Microsoft Flight Simulator promises even more perspectives of immersion.