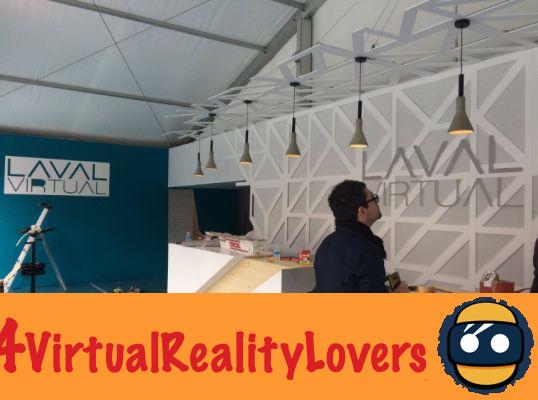 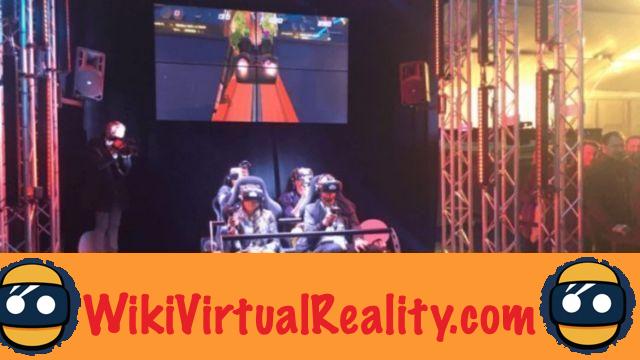 If the Laval Virtual enjoys the status of World's Largest VR Show, it is because the creators of the event knew how to feel the trend long before it was revealed to the general public. It is indeed 1999 that François D'Aubert, then Minister of Higher Education and Mayor of Laval, gives the impetus to orient his city on virtual reality and to create a show dedicated to virtual reality professionals. And success is there. From year to year, Laval Virtual takes pride of place to become the world benchmark for VR events. Organized once a year, the show initially brings together professional actors, during conferences and round tables conducive to networking. Indeed, one of Laval Virtual's strengths is to offer a place allowing the various players in the VR market to meet. Startuper or confirmed theorist, everyone has the opportunity toexchange with great pundits roaming the aisles of the living room, like Dr. Jon Peddie, Alvaro Cassinelli, Olivier Boulanger or Philippe David to name a few. 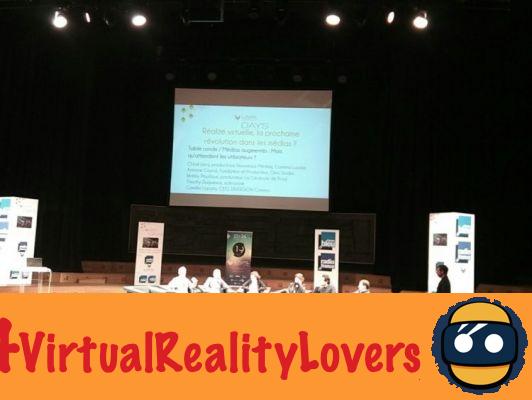 The VRIC conferences and round tables dedicated to the B2B days of the show were renewed this year by differentiating between the “Industry” and “Near Future” themes. But these are indeed the some 250 exhibitors who catch the eye of the visitor. Caves, roller-coaster and cinematic experiences were on the program of this 19th edition of Laval Virtual. According to the regulars, the 2017 promotion was particularly tasty: enthuses Jean, a XNUMX-year-old journalist who has been covering the event for several years already. he observes. Indeed, the marketing of Vive, PS VR and other Oculus Rift has apparently created a real emulation within the VR community. A myriad of young shoots, particularly those officiating in the creation of content, thus wished to participate in the show to test its offer.


Laval Virtual, pillar of the democratization of VR in France 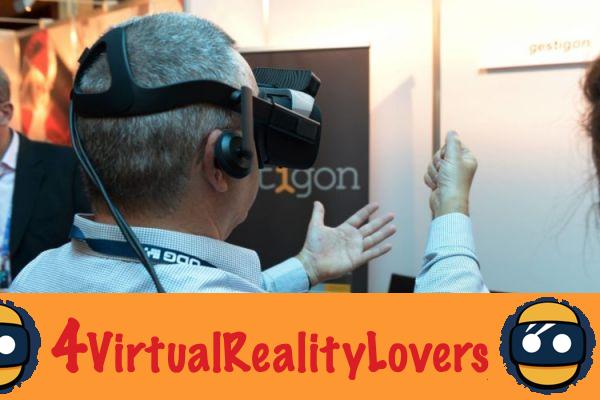 As Laurent Chrétien, director of Laval Virtual has repeatedly said,. This indeed makes nearly thirty years that industries and large companies have used this technology. But, with the arrival of more mainstream players (think Oculus, HTC, Sony and Samsung), the interest of the general public has accelerated considerably. And for good reason: where it was necessary, a few years ago, to spend astronomical sums to be able to taste the virtual universe, the speed of technological advancement allows today to equip yourself at a much more reasonable cost. With 10 million Cardboards and 5 million Gear VR sold, consumer interest is gradually taking shape. In 2017, many people already had the opportunity to test VR via a mobile headset, such as a cardboard. Disappointed by this experience or curious, it must be understood that this is only a gateway to a world with far wider possibilities and applications. We can, by way of example, cite SimForHealth, a young French startup using VR to improve medical training or even Virtualis, which has mastered technology to, in particular, put it at the service of the treatment of balance disorders. 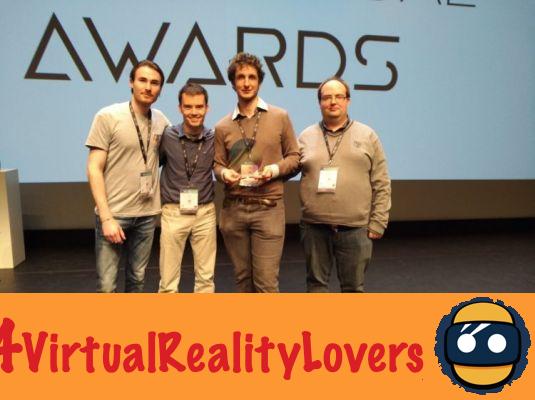 Laval Virtual is therefore an opportunity for everyone to discover the concrete evolutions of virtual reality. Thanks to the show, visitors can realize that VR is more than just 360-degree video, however immersive it may be, or a shooter from a mobile headset. The spectrum of virtual reality applications even seems almost endless. The company Eon Reality, specializing in virtual and augmented reality content, has partnered with Lactel to offer a brand content experience allowing you to make pancakes in virtual reality. Less down to earth, la young Parisian shoot Orbital Views offers to snatch the visitor to make him feel weightlessness in virtual reality and offer him a trip in space of which Thomas Pesquet himself would be jealous! Among the multitude of companies that came to present their products and services, Mimesys, whose concept this time will make the Jedis Council jealous: the company has developed a holographic platform in mixed reality allowing to create real remote meetings. With this technology, Mimesys was able to seduce the Laval Virtual jury and won his Grand Prix. 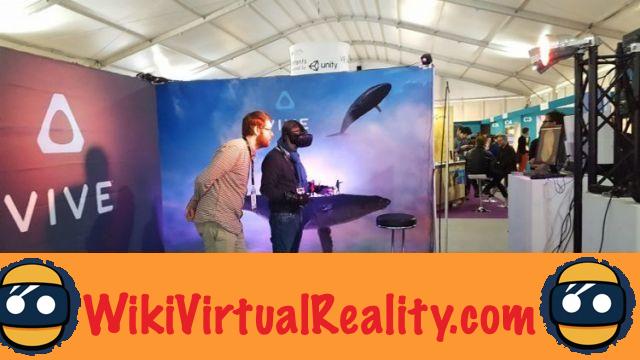 Laval Virtual, a glimpse into the future of VR / AR

Space travel and holographic meetings weren't the only technological feats Laval Virtual offered to see. Visitors were able to discover Metavers 360, a company promising to give letters of nobility to 360 video: the startup offers augmented 360 videos with computer graphics and spatialized sound to improve the feeling of immersion.

- holograms were also in the spotlight during the Laval Virtual where, around a stand, it was not uncommon to come across a virtual football player or a replica of a famous hologram monument. Obviously, VR games were also present at the show. Japanese Hado introduced multiplayer game on Gear VR allowing to compete in one against one or to play in cooperation. On the sports side, we note the proposal ofImmersiv, a young French company using augmented reality to address the issue of dual screens when watching football matches. Thanks to his pair of AR glasses, the user can have access to various information (statistics, slow motion, replays…). 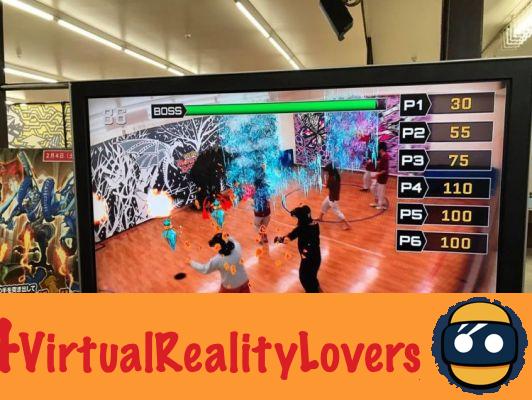 Laval Virtual confirms its reputation by exporting to China

Like every year, Laval Virtual attracts VR players from all over the world. Many Asian exhibitors were present, such as Thunderobot, which presented its first VR headset, or Pico, a Chinese brand offering autonomous VR headsets. 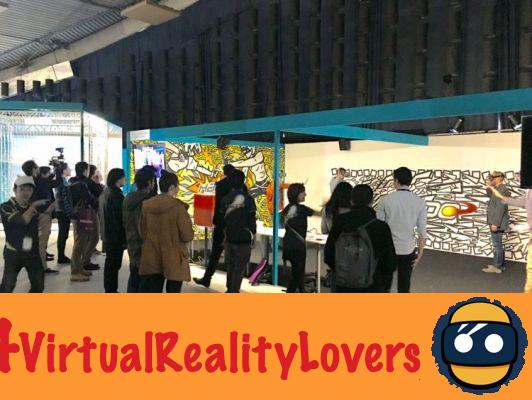 Between the show and Chinese companies, alchemy operates. The second day of the show, Thursday March 23, the mayor of Laval, François Zocchetto, signed a partnership with Laoshan Yingsheng Hyang, his counterpart from Laoshan, city of 460 inhabitants. This association promises to see the arrival, from November 3 to 6, the first edition of Laval Virtual Asia. The French team will be in charge of finding a hundred exhibitors who will be able to present their concept in a space of 10 square meters. With the upcoming opening of the Laval Virtual Center and its establishment in China, it's a safe bet that we will talk about Laval Virtual's disappearances more than once a year!

Ready Player One: the American press quite divided on the criticism of the film ❯