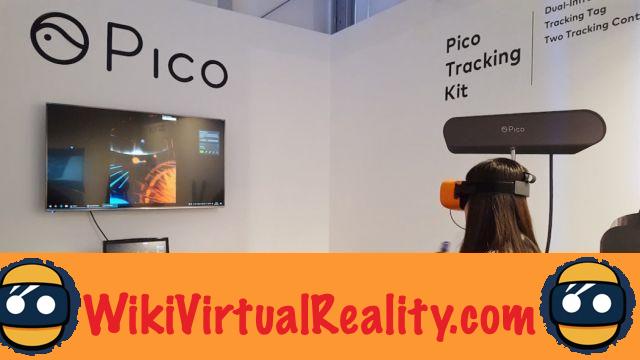 Currently, VR headsets high-end available on the market use a smartphone ou a wired connection linking them to a powerful PC to work. Despite accessories such as TPCast, the wired cluster remains a criticism often made to the HTC Vive and other Oculus Rift. Chinese brand Pico has decided to overcome this problem by offering a range of stand-alone headsets for Android.

Pico Neo: VR headsets and a controller to free yourself from the PC and smartphone 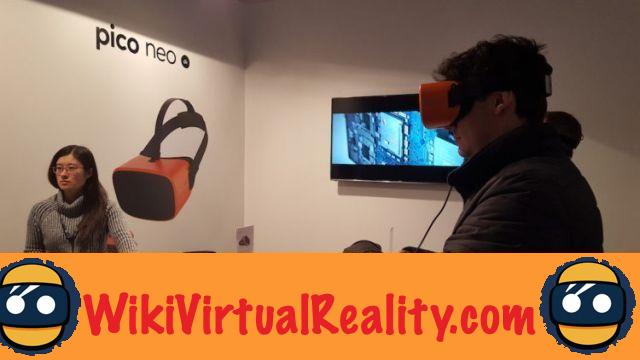 The Pico Neo range of VR headsets (made up of the Pico Neo CV and the NEO DK, for professionals) offers do away with the PC or smartphone thanks to a mobile architecture integrated into the controller connected to the headset. The devices offer two 1,5K screens with a refresh rate of 90Hz as well as two Hi-Fi speakers benefiting from a spatial rendering engine to accentuate the sound immersion. Pico headsets are powered by a Snapdragon 820 processor, Qualcomm's flagship of 2015.

During Laval Virtual, the newcomer to the VR headset market offered take his helmets in hand. If the use of a previous generation processor may be worrying, we did not regret any slowdown during our handling of the Pico Neo, which run under a modified version of Android.

When you put on the helmet, you are faced with a start menu visually similar to the Oculus interface on Samsung Gear VR. Unfortunately, during this handling, almost the entire system used the Chinese language, not allowing us to discover all the software possibilities. 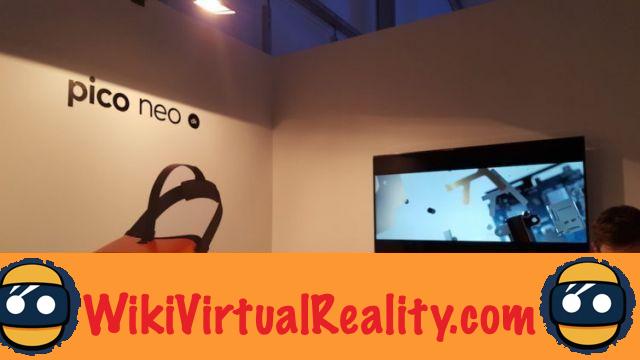 The Chinese brand has also developed a tracking system, the Pico Tracking kit that we were able to test with helmets. We tried a demo of a space shooter. The interactions take place thanks to the controller, which houses a large part of the headset hardware. The latter, which recalls the controllers of Super Nintendo, is well made. The triggers and joystick do not hook. The Pico headphones are quite light to be carried comfortably. The audio part integrated into the headphones seems to offer a decent sound, but our handling was too brief to judge this aspect.


Pico Neo: wireless headphones… or not!

If the indisputable added value of the Pico Neo lies in its fully integrated hardware, the manufacturer did not wish to constrain the user and proposes to'' use headsets via a PC. Thanks to they are tracking kit, Pico Technology offers a standalone mobile headset that can transform into a VR headset more similar to HTC's Vive and the Oculus, offering a flexibility still lacking in the VR headset market.

Oculus Quest: Over 20 Titles To Cross Million Dollars In Revenue

Oculus Touch: what to do if the battery protectors come off?