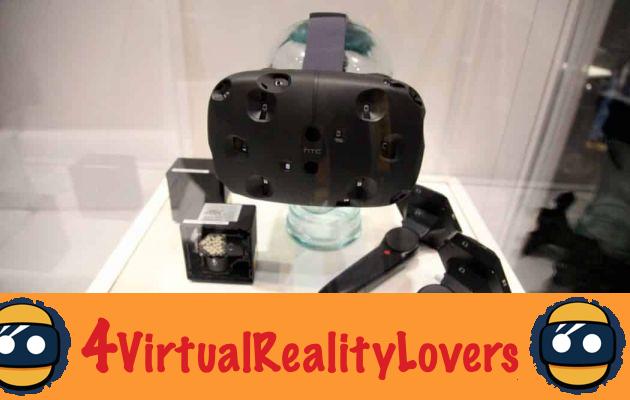 A first step in the world of video games

After sealing a strategic partnership with Valve, a company known to PC gamers for its Steam entertainment platform, HTC embarks on emerging technologies in the world of virtual reality. Together, the two firms have developed the Vive, a virtual reality headset. While there is currently only a demo version, the headset should nevertheless be marketed by the end of the year.

HTC is targeting video game enthusiasts initially and hopes to appeal to the general public thereafter. Because the Vive is to the twenty-first century what the smartphone was at the end of the 90s: the future. He will first make his hole in the world of video games then its potential will emerge: it could revolutionize sectors as diverse as education, tourism or real estate. 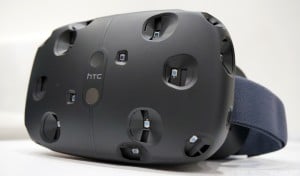 Le Vive immerses its user in a full virtual reality. Installed in a room of 20 square meters maximum, the player is immersed in a virtual world where barriers arise when he is too close to the real walls, thanks to sensors placed on the helmet.

Researchers are working to provide the same experience for all players, whether they are in a small apartment or a spacious villa. The Vive is also designed to prevent dizziness and nausea: moving around and playing an active role in the virtual environment can remedy these symptoms.

Finally, note that in addition to the helmet, the user must use two motion-sensing joysticks that look like Nintendo Wiimotes, in order to better interact with the virtual environment.

At this point, the priority for HTC is to develop content for Vive and to this end the company collaborates with several game publishers and television and film studios such as Lions gate et HBO. It is nevertheless Valve who will design most of the content. All this must in any case be completed by the end of the year, for the commercial release of Vive. As for the price of this technological innovation, it remains the big unknown of the equation.

HTC in the virtual race

HTC is therefore embarking on the development of virtual reality, after Facebook, Sony and Samsung. Indeed, last year, Facebook announced the purchase of virtual reality technology company Oculus VR for $ 2 billion; Oculus Rift, the company's flagship headset, is expected to be on sale by the end of the year. Sony also let it be known that he was developing his own helmet, the Project Morpheus, and that it would undoubtedly be available in 2016. Finally, since last December, Samsung proposes the Samsung Gear VR, a virtual reality device developed with Oculus VR.

But if Samsung's headset only works with one of its most popular smartphones, the Galaxy Note 4, HTC Vive will be compatible with any PC, in an approach respectful of the user.

HTC and its competitors are thus placing their hopes in virtual reality despite the resounding failure of 3D television and 3D movies, mainly because of bulky glasses, high implementation costs and a lack of content. Well aware of this fiasco, the Taiwanese firm is determined to provide a comfortable and practical helmet that will appeal to the crowds. She also wishes to extend the use of Vive to other spheres of entertainment, the medical world and the scientific world. But today, its big goal remains to impress PC video game enthusiasts.

360 Video - The 10 Best Videos for Traveling Around the World

Add a comment from Le Vive: virtual reality according to HTC