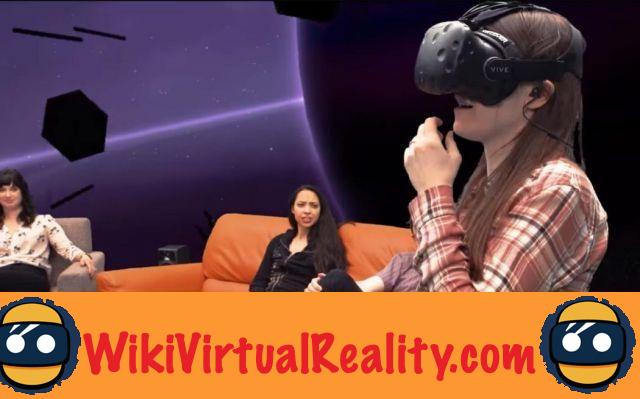 The first website dedicated to cannabis, Leafly, is organizing a competition of a new kind starting this week. This great video game tournament puts five participants in the running who will have to compete by playing virtual reality video games. Unlike most esports competitions, this one does not directly test the players' playing skills. Rather it is measure their ability to maintain their reflexes and coordination despite the effects of marijuana.

Indeed, before each test, each candidate will have to inhale a large puff of cannabis using a vaporizer. Suffice to say that the challenge is considerable. The Leafly High Five VR tournament spans six episodes, and the entire event will be streamed on YouTube, via the site's official channel. At the end of the competition, the winner will receive a trophy filled with high quality cannabis. The winner will be able to taste varieties such as Rainbow Jones, Moon Cookies, or Thin Mint GSC. In total, the cup contains one ounce of substance, or approximately 28 grams.

In the first episode, the five competitors first find themselves side by side on a sofa. They use the Da Vinci connected vaporizer, the manufacturer of which is sponsoring the program, to inhale pure herb vapors in order to get in shape. They will then compete in the game Fruit Ninja, available on HTC VIVE. This game consists of slicing fruit with a sword. It therefore requires precision and responsiveness. As we can see in the video, the task is far from easy for our five participants.


- candidates are all influential figures in the cannabis community on social networks. For this first season, we find Josh from the YouTube channel Strain Central, YouTuber Ashley alias Positive Smash 420, Sasha alias SilencedHippie, and Will, owner of a cannabis dispensary and harp player in his spare time. Only Jamila presents herself as a simple cannabis lover.

Of course, the tone of this competition is light and offbeat, and the program aims above all to entertain the viewer. This concept is reminiscent of that of, a Quebec show in which guests have to cook while drinking alcohol. Here however, liqueurs and gastronomy give way to hemp and technology.

Leafly High Five VR is riding the new wave that is all the rage among gamers, a trend of playing VR under the effects of cannabis to make the immersive experience even more intense. Obviously, Seen from France, this program seems to encourage the consumption of illicit substances.

However, it should be remembered that cannabis is less and less demonized in the United States, and that several states have chosen to legalize its consumption. Sure YouTube, the American channels dedicated to this plant and its virtues continue to multiply and generate many views. Remember, however, that no excess is beneficial in this low world. If you are having an addiction problem, remember that virtual reality can also help you overcome cannabis addiction.

Calm Down, Stalin: a hilarious game in the shoes of the Communist dictator ❯