Let's Go Chopping pushes the limits of the Oculus Quest 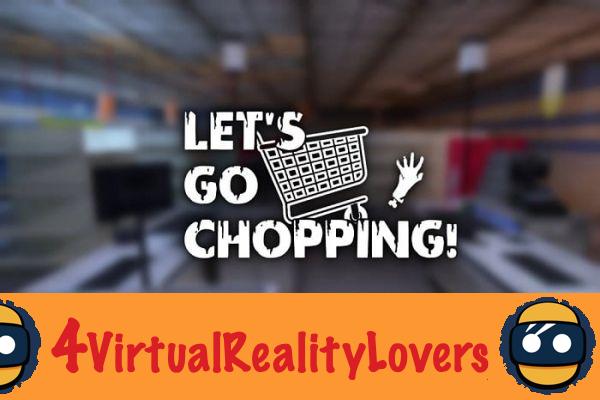 Released yesterday, Let's Go Chopping proves once and for all that the Oculus Quest can handle VR games with a bit of a greedy physics engine.

Let's Go Chopping challenges you to survive a zombie attack. Previously known as Dawn, the game is available sideloading on the Facebook headset.

Its main interest lies in the fact that it provides complex physical simulations titles like The Walking Dead: Saints & Sinners on a standalone headset. While the end result doesn't reach heights of sophistication, the game offers some of the most addicting fights on the Oculus Quest.

The concept of the game recalls the beginnings of VR by its simplicity. By pushing a cart, you must succeed in go shopping, while battling a horde of living dead. Find out more about the gameplay in this video:

But this apparent simplicity further highlights the technical prowess behind the physical battles of Let's Go Chopping. For example, it will take real force to manage to stick a knife in the head of a zombie. In addition, you will need to reload your pistols from time to time.

Let's Go Chopping is thus more handicapped by its budget than by the capacities of the Oculus Quest. We will therefore not find not the licked effects of blockbusters like Saints & Sinners.

Despite everything, the game knows how to take advantage of its technical limits and shines when he doesn't take himself too seriously. So you start to rediscover joys as simple as crushing chain zombies with your cart, leaving them almost no chance.


Lest's Go Chopping is available, in early access, to Oculus Quest users on Itch for 3 dollars. But a demo is free to download from SideQuest if you want to try it out before you buy.