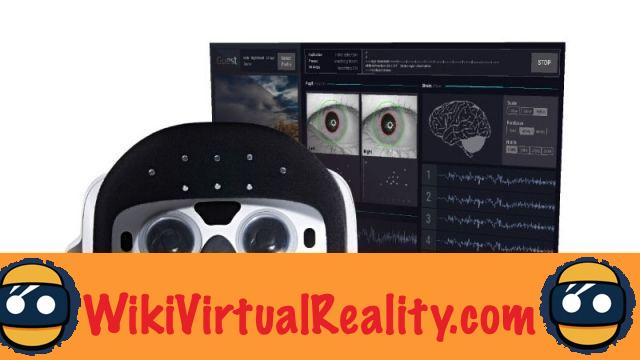 How does our brain react when we are immersed in virtual reality? Is our brain activity disrupted by these new kind of immersive experiences? This is an interesting question that should be asked, if only for ensure that the use of VR headsets does not represent a danger on the long term.

LooxidVR: a VR headset with eye-tracking cameras and EEG sensors

In order to solve this mystery, the startup Looxid Labs created a VR headset for smartphones called LooxidVR. Presented as part of CES 2018, this device is equipped with two cameras dedicated to eye tracking and six EEG brain wave sensors.

The LooxidVR can be used like any other mobile VR headset. Once their smartphone is inserted in the slot provided for this purpose, the user can access various applications, VR games and other 360-degree videos. However, while the wearer is having fun in the virtual world, the headset measures their brain activity in real time.

We can imagine different use cases for this innovative technology. For example, a video game could get more and more difficult or scary to make sure the player feels stress or an adrenaline rush. It is even possible to envision experiences that can be controlled by thought. If the player thinks about going in one direction, their brain emits a specific signal, and the headset might be able to decipher that signal and interpret it as a command.

LooxidVR could help prove the effectiveness of exposure therapy 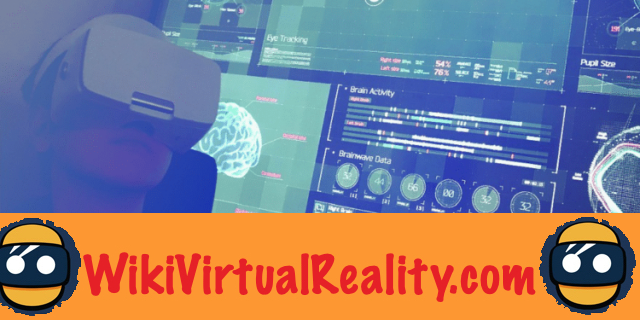 However, for the capabilities of the LooxidVR to be used in this way, it would be necessary that games or applications specifically designed for this purpose be developed. Either way, that's not Looxid Labs' priority. The startup wants to make its LooxidVR headset a research tool for the health sector and other industries.

At present, virtual reality is already used in medicine, especially for what is called virtual reality exposure therapy. It has been found that VR headset users can be placed in a certain mental state through virtual reality. For example, when a major burnt person visualizes a virtual snowy environment, his trauma can be reduced. The pain he feels will be less intense.

Several establishments are already using this technique, but its effects have not yet been accurately measured. The LooxidVR can allow the patient's brain waves to be analyzed during virtual reality exposure, and thus demonstrate the benefits of this new form of therapy.


For now, the LooxidVR is not yet available for sale, and it will probably take a few months to see if the device can keep its promises. However, this original VR headset is catching the attention of the industry. HTC has notably invested in the startup through its Vive X accelerator.

add a comment of LooxidVR - This VR headset analyzes brain waves, a revolution for medicine